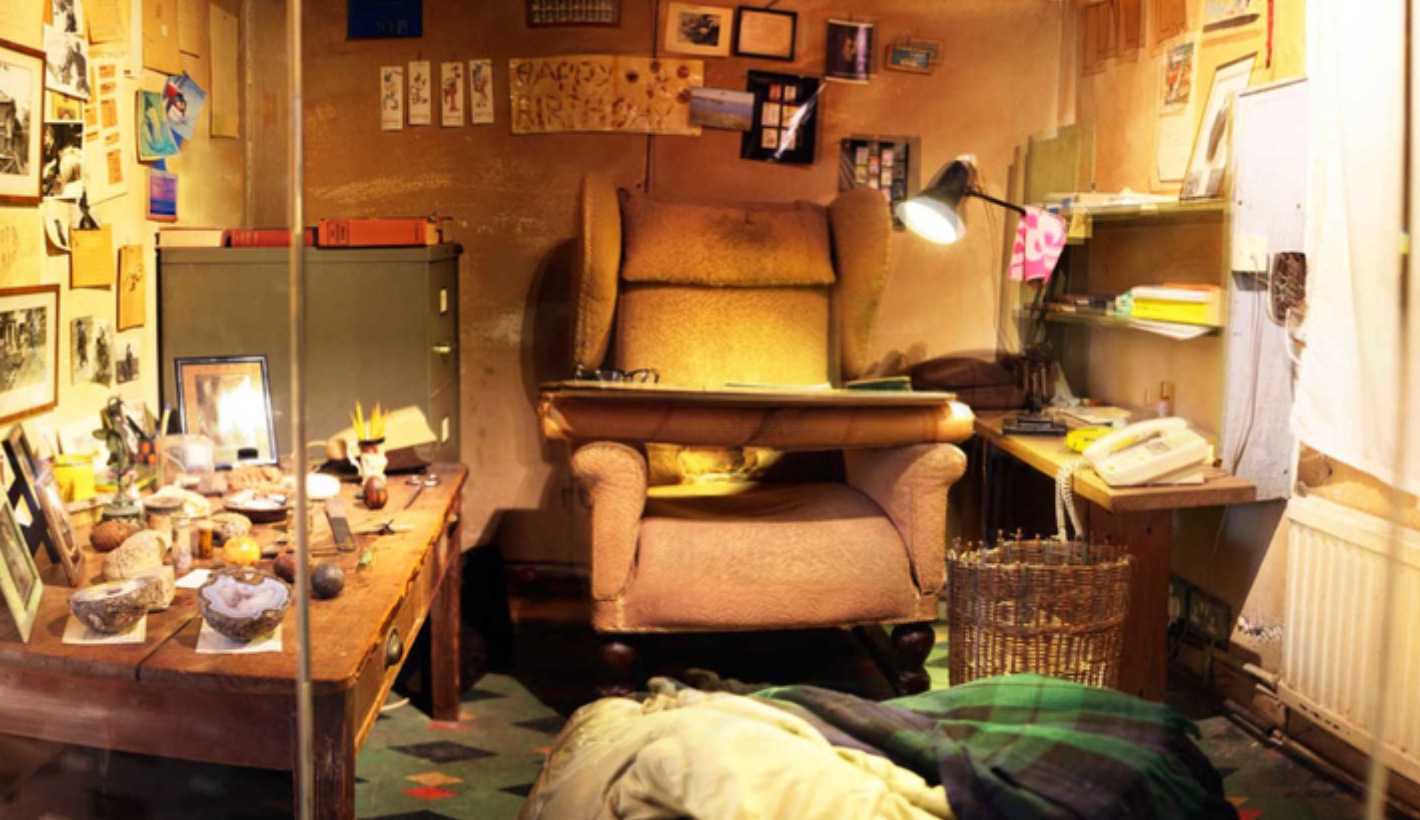 "It may not be pretty or tidy, and it certainly hasn't been cleaned and the floor hasn't been swept for five years at least..."

In this 1982 interview, Roald Dahl, author of James and the Giant Peach and Charlie and the Chocolate Factory, takes us inside his backyard writing hut in Great Missenden, Buckinghamshire, England. The hut is now part of the Roald Dahl Museum.

Dahl modeled his hut on Dylan Thomas's own writing shed in Carmarthenshire, Wales. From BBC News:

Although Dahl based the design of his hut on Thomas's shed, there was one major difference - the lack of natural light. He often kept his curtains drawn (10) to block out the outside world and was dependant on an angle-poise lamp for light....

Dahl's widow Felicity said: "He realised he had to have a space of his own in the garden away from the children and the noise and the general domesticity and he remembered that Dylan had felt the same.

"And so he went down to Wales to look at Dylan's writing hut and, like everybody, fell in love with it."

Built to the same proportions, with the same angled roof - the similarities could be a coincidence. But according to his widow it was built in a similar design by Dahl's builder friend Wally Saunders, who the BFG was based on.

"He built it exactly to the same proportions as Dylan's hut, the same roof, one skin of brick," said Mrs Dahl. "Of course Dylan's hut was a garage originally, whereas Roald had nothing, it was an empty space that he built on."