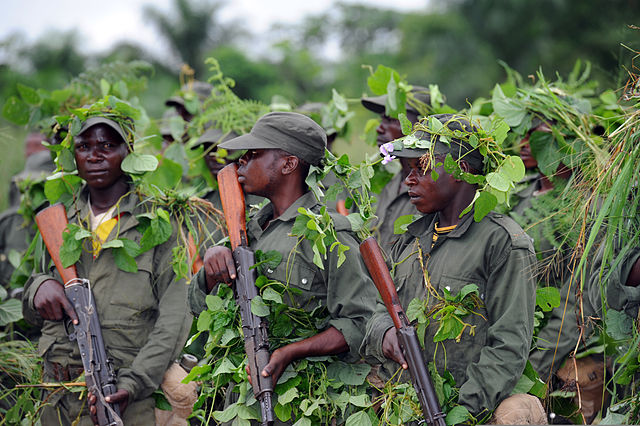 Around a month ago, Ebola popped back up in the Democratic Republic of Congo, scant days after the World Health Organization had declared that another outbreak of the disease had come to an end.

Trying to contain the Ebola virus, which is transmitted via bodily fluids, can be a nightmare for healthcare professionals, especially in areas where medical resources and the infrastructure required to rapidly deploy field investigators, ship HAZMAT gear or refrigerate vaccines is non-existent. Doing it in a war zone? So much worse. But that’s where the latest outbreak is going down.

Congo’s North Kivu Province is hotly contested by a number of militant groups, vying for control over the region’s mineral resources. There’s a lot of shooting. There’s a lot of blood. The local population, fearing for their lives, is highly mobile. This makes it hard to track Ebola or treat those who risk further spreading the virus. In the midst of this untenable situation, even those brave enough to risk their own lives to keep the disease at bay are now proving vulnerable.

The WHO said a doctor in Oicha had been hospitalised with Ebola, and 97 of his contacts had been identified. “It is the first time we have a confirmed case and contacts in an area of high insecurity. It is really the problem we were anticipating and at the same time dreading,” Salama said.

Karin Huster, coordinator for Médecins Sans Frontières in Mangina, the epicentre of the outbreak, said new patients were arriving at the emergency treatment units every day.