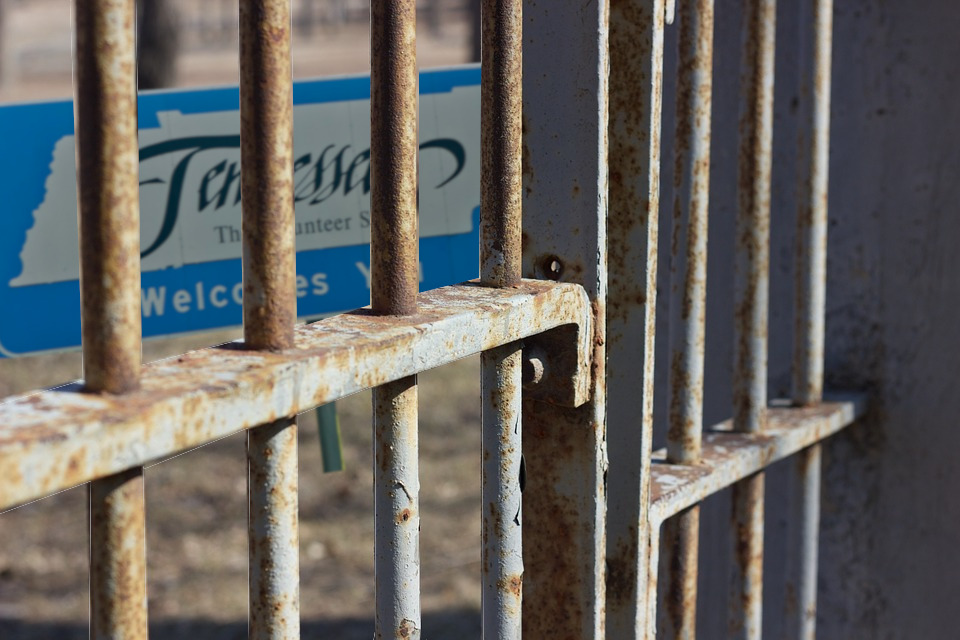 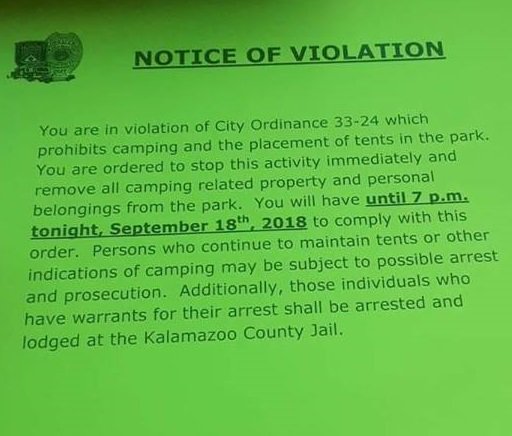 Mike DeWaele writes, "A group of homeless activists had maintained a peaceful occupation of Bronson Park in Kalamazoo for about a month in protests of a new ordinance that made it illegal to sleep in public parks. The protest was well organized, clean and well maintained- at one point involving up to 200 homeless citizens and their supporters, with extensive logistical support from the larger community. The protest had clearly articulated demands but the City Comission was willing to address them only on a very superficial level, with no comitment to action, and then only after weeks of public pressure. While the talks were still ongoing, the city manager ordered local police to clear the camp, which happened before his morning. Several homeless and other activists refused to vacate, including city commissioner Shannon Sykes, who had been the lone voice on the commission in (passionate) support of the encampment and who had spent several nights with the protest as a supporter and observer. Those activists have all been arrested on as yet unknown charges." Read the rest 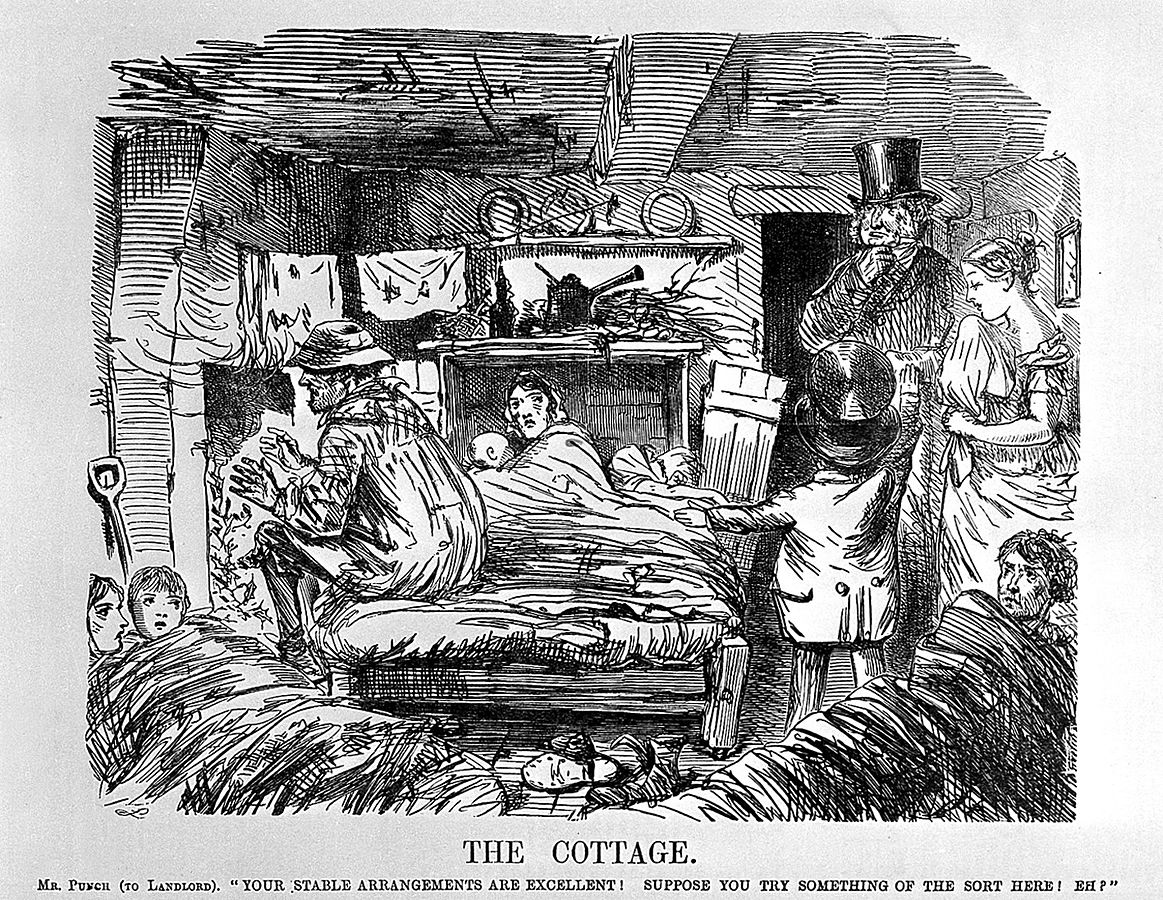 Housing and Urban Affairs Secretary Ben Carson has asked for Congress's approval to hike rents on people living in federally subsidized housing, with a planned increase of more than 300%; he claims the rent hikes will incentivize public housing tenants to seek work. Read the rest

are there no workhouses? / Ben Carson / gop / trumpism