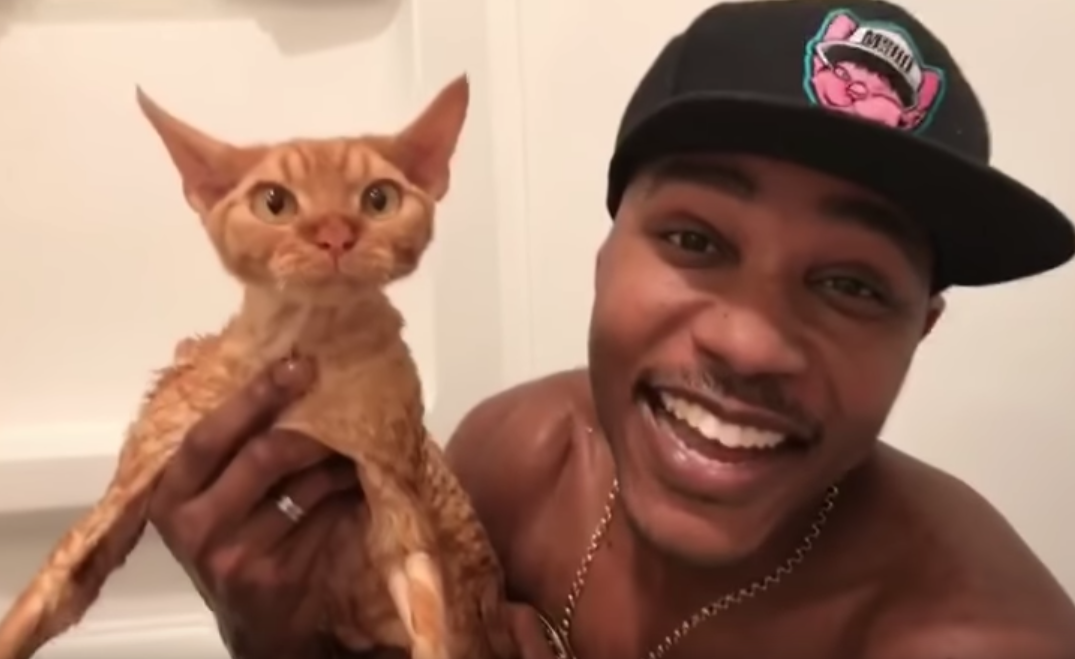 Portland, Oregon's MSHO not only takes baths with his cat "DJ Ravioli" (which seems like a terrible idea, but let's overlook that for now), but raps to him in the process. It's pretty cute if you aren't watching and waiting for the other claw to drop.

MSHO (aka the Cat Rapper) doesn't just make cat videos in the bathtub, he's got a whole YouTube channel of him singing, on dry land, about his five cats.