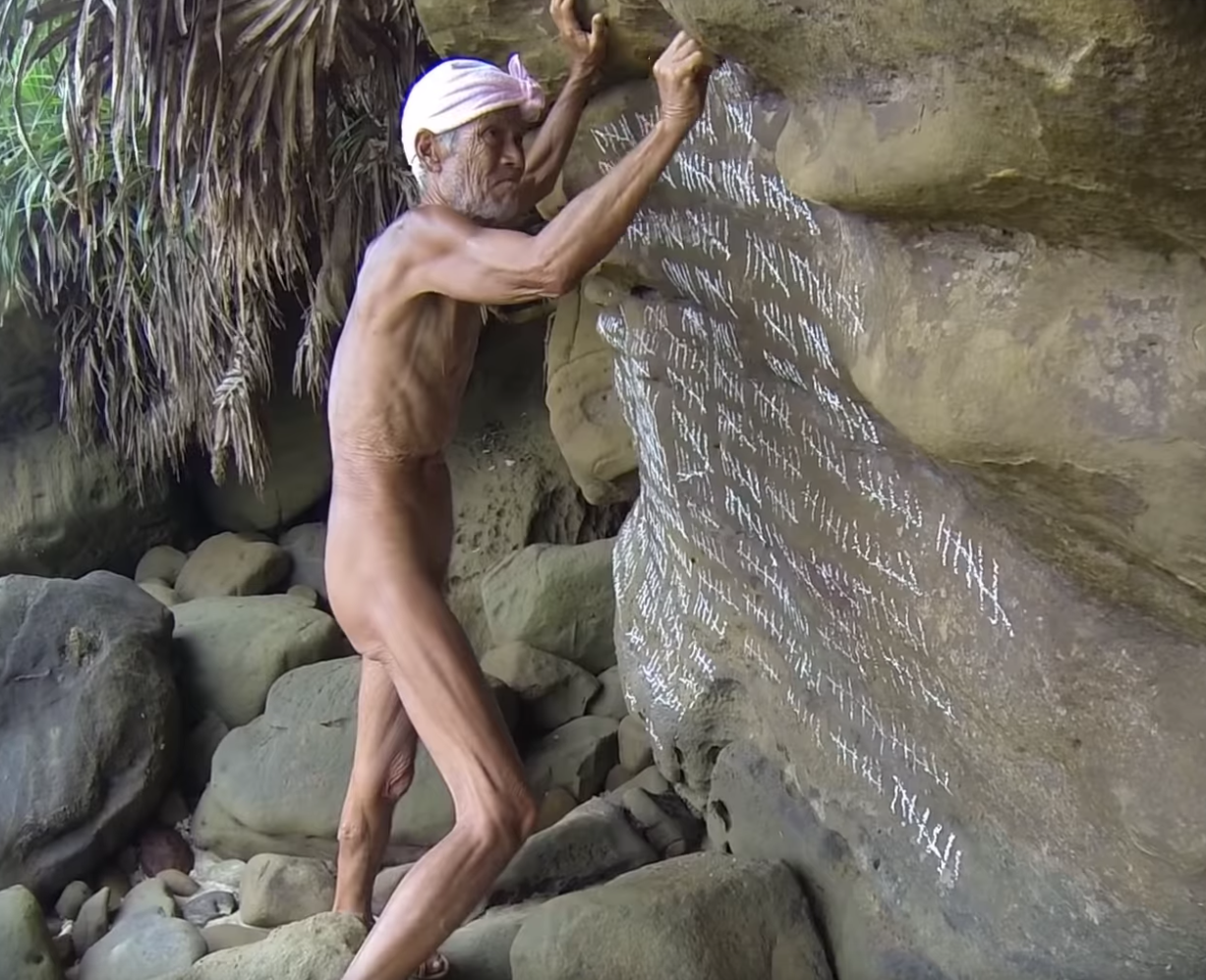 Eight-two-year-old Masafumi Nagasaki is being called the Japanese Robinson, a reference to Robison Crusoe, the fictional castaway who lived on a deserted island. Now, after living on a remote island for nearly 30 years, Nagasaki has been forced back into civilization by the Japanese government.

Masafumi Nagasaki arrived on the island of Sotobanari, on the Yaeyama Islands, an archipelago in the southwest of Okinawa Prefecture, Japan, in 1989 and lived a life in solitude until he became known as the “naked hermit” as a 76-year-old in 2012. The island is one of the few that remain deserted in Japan where according to locals, even fisherman rarely stop...

It’s unclear how Mr Nagasaki ended up on Sotobanari in the first place...

Mr Nagasaki said he was working in a factory in Osaka when one day a colleague told him about a mysterious archipelago and since then he dreamt of escaping from civilisation. One day, when on a flight, he was “horrified” by the amount of pollution he saw in the sea below and “exploded”. So the self-confessed “city man with no outdoor experience” packed his bags and found his remote island hideaway. He thought he would stay perhaps two years max, but ended up clocking almost 30 years...

Alvaro Cerezo of Docastaway, a company that provides remote island experiences, tracks castaway types like Nagasaki and spent five days with him in 2015. During that time, he was able to interview him in the place he's lived peacefully since 1989:

It had been Nagasaki's wish to die on the island. Read the rest

How would Emily Dickinson fare with online dating?

After swapping online dating disasters with friends for hours, writer and poet Erin Bealmear decided she didn't want to be the kind of woman who spends all her time "talking about boys."

She joked with these friends that she was going to create an OkCupid profile for Emily Dickinson, to see how she'd "fare in the world of online dating." She pondered, “Would a lovelorn poet, obsessed with death and privacy, be able to woo a modern man?”

Then Bealmear took it one step further and started humorously answering the dating site's questions, imagining how Dickinson herself would answer them. For an extra layer of authenticity, she included specific details from the 19th-century American poet's life:

What I’m doing with my life

Being a hermit. Overusing the dash.

Movies: What is a movie?

Music: Yes, I do enjoy playing the piano on occasion. Thank you for asking.

Food: Baked goods, especially my famous gingerbread. I love making it for the neighborhood children, but I can’t leave the house. Instead, I stand at the window and lower it down to them in a basket. It’s so much easier that way.

Then, she decided to publish it. Once she did, "Emily's" inbox started filling with messages. Some men were amused, others were not. Many were just confused. Some curious responses came from men that Bealmear calls, "'Hi' guys." Read the rest