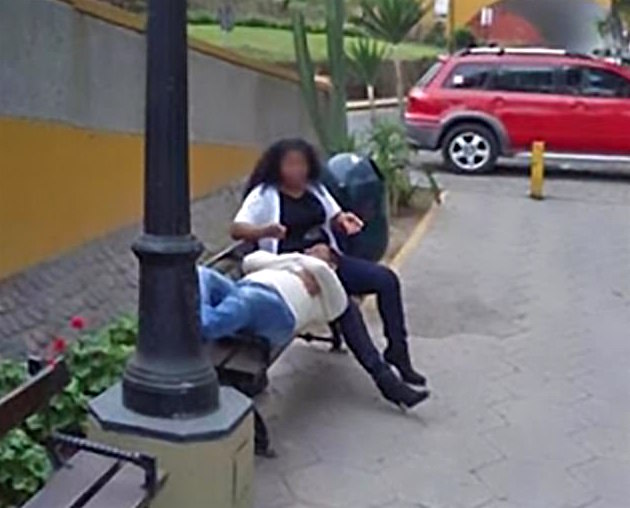 A man in Peru was recently using Google maps to figure out how to get to a bridge in Lima. He moved the camera around the city's streets, when suddenly he noticed a woman sitting on a bench who reminded him of his wife. She even wore the same type of clothes – white open blouse, jeans, black boots with heels. He then zoomed in, and lo and behold, it WAS his wife, with a man's head on her lap.

He confronted her, and yes, it was what it looked like – she had been having an affair with the man.

The couple is now divorced. Ironically, Google had taken the photo of the woman and her fellow on the Bridge of Sighs.

big google is watching you