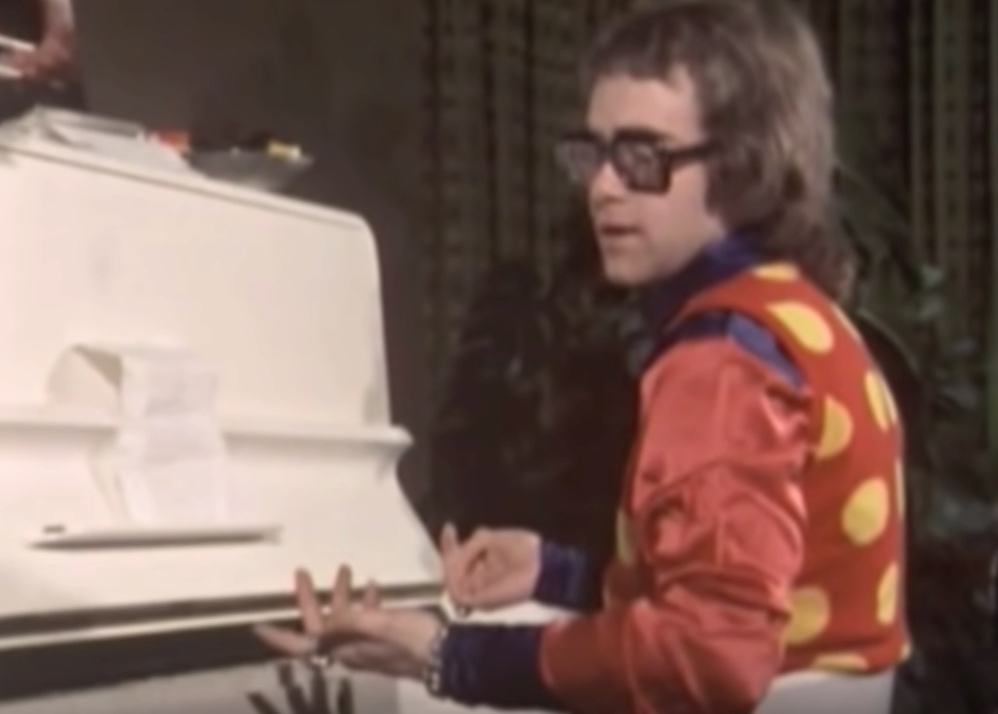 Elton John, then around 23, takes a TV crew through the structure of "Tiny Dancer," a song with lyrics written by John's longtime writing partner Bernie Taupin about his girlfriend (later wife) Maxine Feibelman who at the time was the Elton John Band's seamstress.