Excellent bumper from a bootlegged Fantasia videocassette from 1977 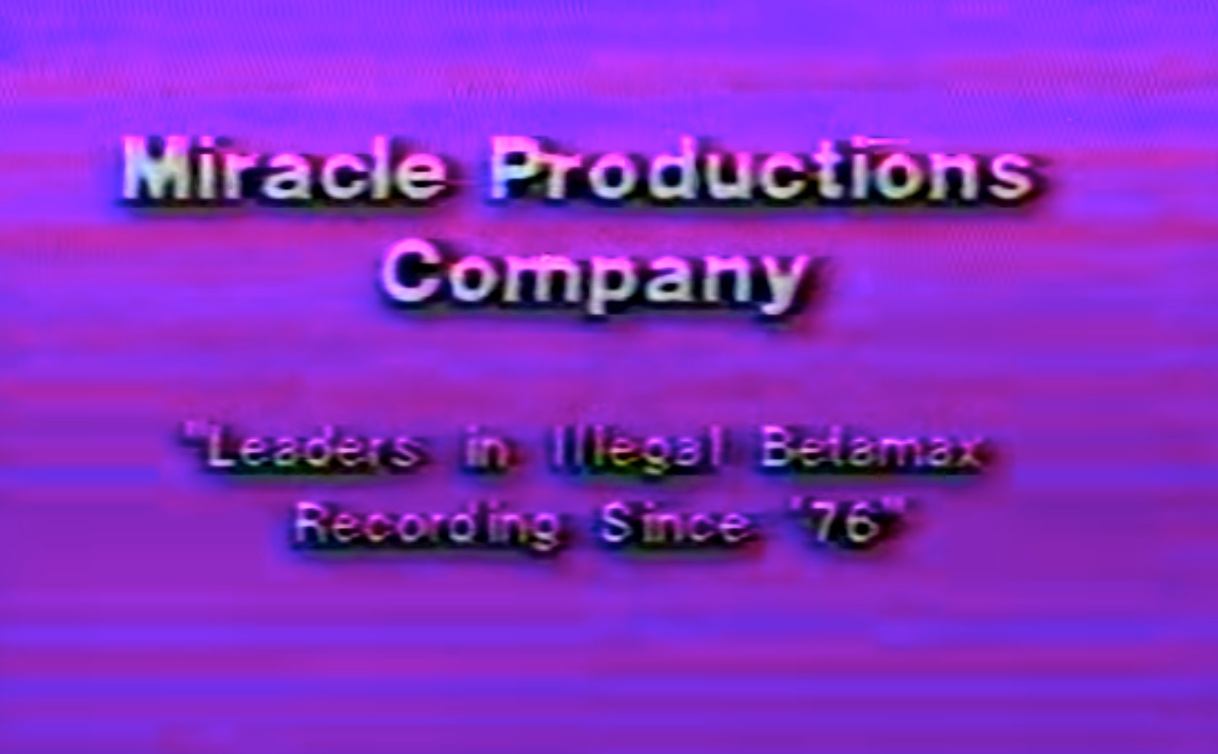 From a 1977 bootlegged videocassette of Disney's Fantasia, a fine bit of mockery from Miracle Productions Company, "leaders in illegal Betamax recording since '76." (r/ObscureMedia)