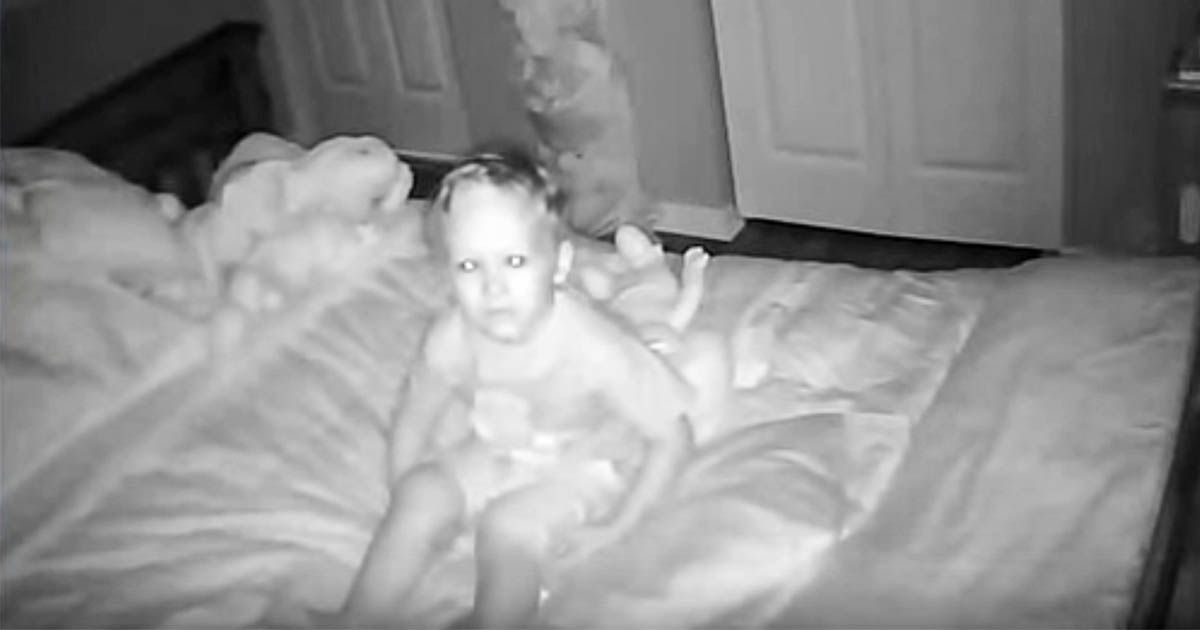 Remember how, back in September 2015, researchers revealed that virtually every "smart" baby-monitor they tested was riddled with security vulnerabilities that let strangers seize control over it, spying on you and your family? Read the rest

They're just cheap clip-ons that write to SSDs and have no tamper-evident measures. Read the rest

Fiction: Someone to Watch Over Me

Amala's got a new job: monitoring paroled prisoners' CCTV feeds. What she sees isn't nearly so disturbing as who sees her seeing it. A tale of science fictional horror from the new Black Candies - Surveillance.

Man calmly sips drink as brawl erupts around him

A man in Russia watches unfazed as a bunch of troublemakers stream into the cafe and reduce it to chaos, sending other customers fleeing. Read the rest

Dave Maass sez, "If you're going to San Diego Comic-Con, you might want to dodge the cameras on this map if you're not in costume." Read the rest

Jud Turner's latest sculpture is the haunting "Blind Eye Sees All (No Secrets Anymore)" (above); he's produced 50 miniatures (right) based on it whose sale benefits the Electronic Frontier Foundation. He writes, "I am saddened at what my country has become in the last 30 years. I read '1984' in 1984 as a 14 year old, and have worried about the rise of the surveillance state ever since. I don't know what to do other than to make art that communicates, and support entities like EFF."

Thank you, Jud. Read the rest

Thinkgeek's Security Camera Birdfeeder ($15.99) is a bit of gallows humor for the post-Snowden age. Feed animals in your yard while they perch unwittingly into an icon of the corporate-government surveillance apparatus, and try not to think about the CCTVs -- metaphorical and literal -- watching you as you watch them. Then ask yourself: "Who's the birdbrain around here?" Read the rest

Russian Olympic official to reporters: stop complaining about hotels or we'll release CCTV footage of you in the bathroom

Dmitry Kozak, Russia's Olympian deputy prime minister warned a Wall Street Journal reporter that he would release hidden-camera footage of journalists in their hotel bathrooms if they continued to complain about the substandard hotels in Sochi.

Just a reminder for anyone thinking of travelling to Sochi after the Olympics for a spot of tourism: according to Russia's deputy prime-minister, the hotel bathrooms have surveillance cameras that watch you in the shower. Read the rest

Michael writes, "When working on SurveillanceSaver (a screen saver displaying random unprotected IP cameras) in 2008, I placed early Twitter messages on the surveillance cameras' images. The results ranged from hillarious to Ballardian. Read the rest

Don't Spy on Me flag

By making these inconspicuous cameras that we ignore in our daily lives catch the eye again we also create awareness of how many cameras really watch us nowadays, and that the surveillance state described by Orwell is getting closer and closer to reality.

No one tried this in London, because there are not enough party hats in the universe.

James Bridle photographed every CCTV between his home in east London and Dalston Junction, a 1.4mi walk with about 140 cameras. Welcome to London, where we have 11 CCTVs per red blood cells.

Every CCTV camera between my house and Dalston Junction

A rich, high-stakes gambler was dragged out of his opulent comp suite at the Crown Towers casino in Melbourne, accused of participating in a $32M scam that made use of the casino's own CCTV cameras to cheat.

The Herald Sun understands remote access to the venue's security system was given to an unauthorised person.

Images relayed from cameras were then used to spy on a top-level gaming area where the high roller was playing.

Signals were given to him on how he should bet based on the advice of someone viewing the camera feeds. Sources said the total stolen was $32 million.

They are capable of transmitting the most intricate detail of goings-on inside the building.

Casinos were the world leaders in CCTV use, and really represent ground zero for the panopticon theory of security. What is rarely mentioned is that "security" measures can be turned against defenders if attackers can hijack them. This is as true when a mugger uses his victim's gun against him as it is when a casino's own CCTVs are used to defeat its own anti-cheating measures. This is the high-stakes gambling version of all those IP-based CCTVs that leak sensitive footage of the inside of peoples' houses onto the public Internet.

Activists in Berlin have created a game called Camover where they move through public spaces in disguise, smashing CCTV cameras, recording the act and uploading it to YouTube for points.

"Surveillance Camera Man" is an anonymous fellow who wanders the streets and malls of Seattle with a handheld camcorder, walking up to people and recording them.

DC pulls in a record-setting $85M from traffic cams

A little followup to yesterday's post about NoPhoto, an Indiegogo fundraiser for a flash that confounds red-light cameras: the city of Washington, DC has smashed its previous record-setting rake on its traffic cameras, pulling in $85 million in its fiscal 2012. Alan Blinder writes more in the Washington Examiner, discussing whether the city has come to think of its traffic cams as cash-cows:

"This year, we'll have more revenue than ever and more citations than ever before," said John Townsend, of AAA Mid-Atlantic. "They're closing holes in the budget."

Ward 6 Councilman Tommy Wells, a sponsor of the proposal to lower fines, leveled a similar accusation.

"The administration and some of my colleagues view this as a way to make money for the government," Wells said. "The funding is there to reduce the fines. The question is will my colleagues see this as a windfall to fund their pet projects?"

But the District government is far from the only local government to boost its bank account with camera tickets.

D.C. rakes in $85m from traffic cameras (Thanks, Marilyn!) Read the rest