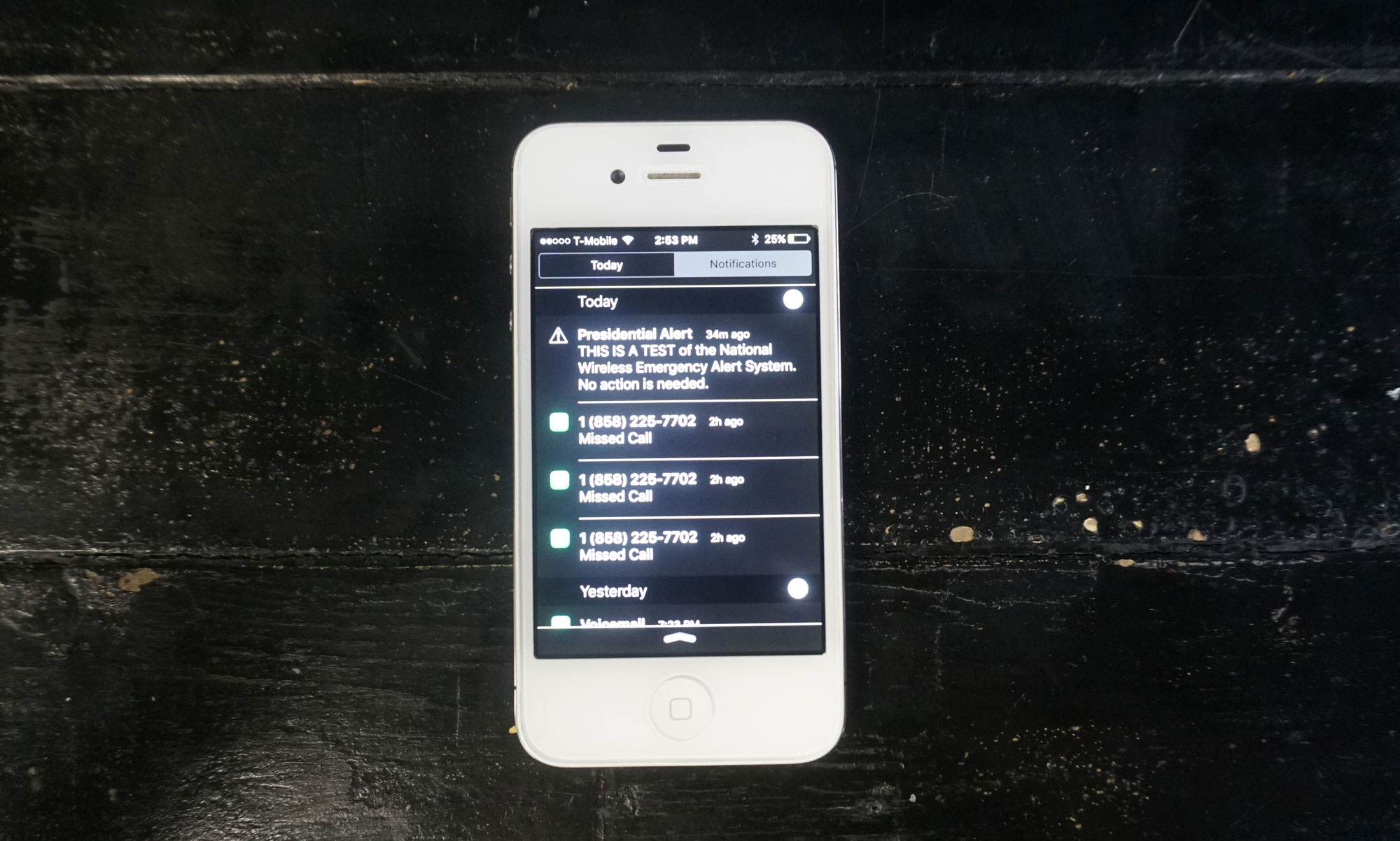 I just received my first Orange Alert! That being one of the unblockable, effectively unavoidable text messages from President Trump that we are assured has no potential for future political misuse.

P.S. That's an iPhone 4S—I dropped my iPhone SE and it died—and I am happy to report that it does indeed upgrade itself to a version of iOS that renders it too slow and broken for any purpose other than basic calling and messaging.

P.S.S. I assumed the number there was from a scam caller (almost all of my incoming calls from unknown numbers are scams) but it turns out that number is--get this--an anonymous online stalking/phone pranking service operating under various names like ComedyCalls.com and CallSpin.com. The callers are unlikely to know it's me, as it's not my main number. Still, it's strangely refreshing to assume one level of casual, everyday evil only to find that it is of a kind more despicable than I imagined was legal or even practical to implement. Read the rest