Watch: Fly over the dwarf planet Ceres in this new NASA video 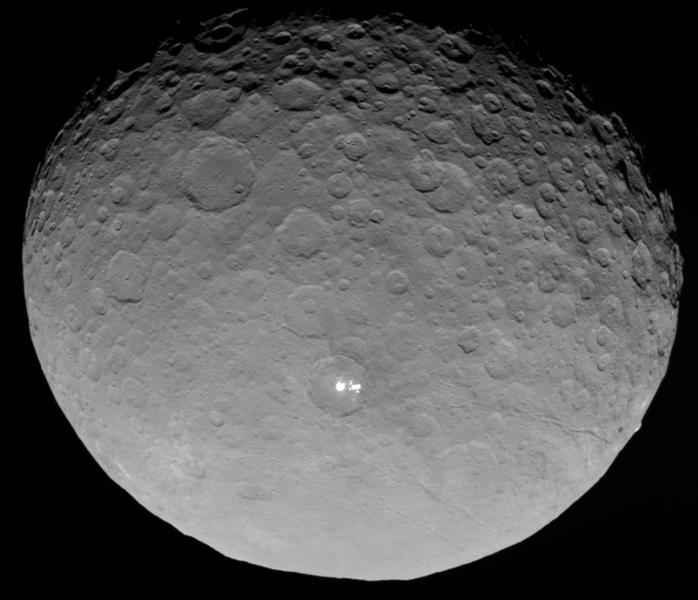 From JPL. Those white spots are an intriguing mystery. Read the rest

Conspiracy theorists are claiming that the two shiny spots on Ceres seen in photos taken by NASA's Dawn spacecraft are either ice or salt patches. Read the rest