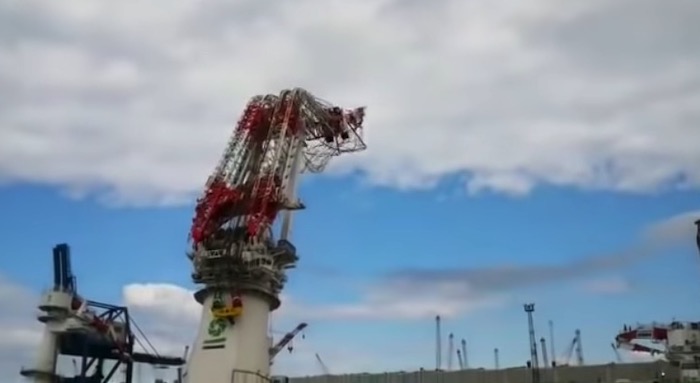 On Saturday a giant crane mounted on a ship collapsed. Constructed to build wind farms at sea, the crane crumpled while lifting a 2,000 ton barge during a test in a German harbor. In the video above you can see the crane fold in half, then collide with the base. The damage caused is estimated to be between €50 and €100 million. The company said that a few people had minor injuries.