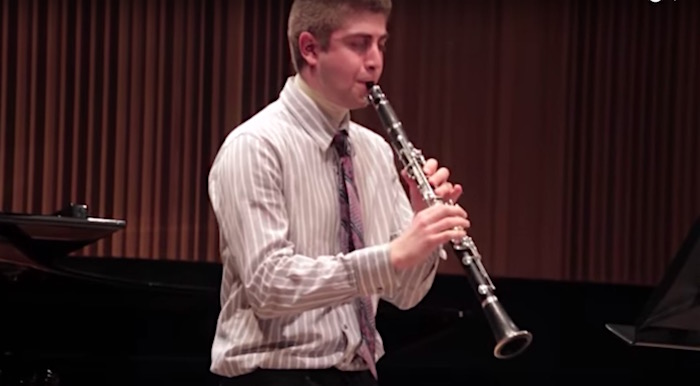 Eric Abramovitz is a gifted musician, who can currently be found fulfilling the role of associate principal/E flat clarinetist at the Toronto Symphony: a position that thousands of musicians around the world would kill for. Back in 2014, he applied for another position that these same musicians would think kill-worthy, too: a placement with the Colburn Conservatory as a student. The conservatory is insanely hard to get into – only two students are accepted a year. When Abramovitz received an email from the Conservatory that denied him a spot with them, along with the scholarship he had applied for, he was gutted like a fish: music was his life and being able to study under renowned clarinet instructor Yehuda Gilad was a dream that was so close to coming true. To have it snatched away? Ouch.

But here’s the thing: Abramovitz was accepted into the program, scholarship and all. His girlfriend at the time, fellow musician Jennifer Lee, didn’t want him to leave her to further his education. So, she did what any young sociopath in love would do: she accessed his email account and deleted the acceptance message from the Colburn Conservatory. Next, she opened up a fake Gmail account in Yehuda Gilad’s name and used it to write to Abramovitz, saying, more or less, "tough shit, keep playing music, but you won't being doing it at the Colburn School." Pretending to be Gilad, Lee offered her sweet baboo the chance to attend one of Gilead’s other classes at the University of Southern California, knowing full well that he would not be able to afford the tuition required to do so. Read the rest