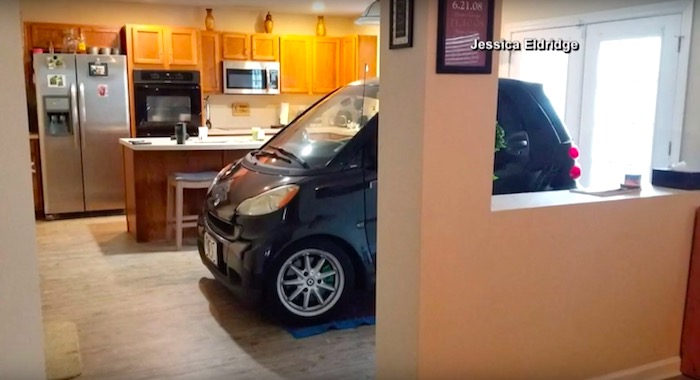 With Hurricane Dorian threatening a Florida man's property in Jacksonville, he didn't want to take any chances with his Smart car. Although he had a garage with space for one car, his wife, Jessica Eldridge, already had her car parked in that spot. Worried that his tiny vehicle would blow away — and up for a challenge — he made a cozy spot for it in the kitchen.

“I said there was no way he could. He said he could,” Jessica said. “So he opened the double doors and had it in. I was amazed that it could fit. He had it in with no problems.”

creative use of space / tiny things