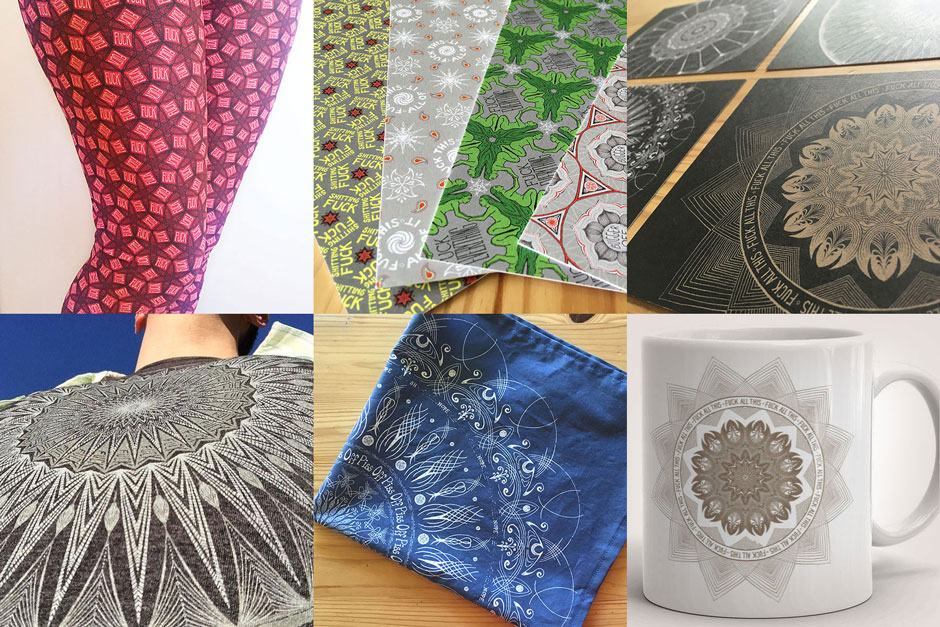 Perhaps this will soothe you. [Luís Azevedo, via Kottke]

Scott writes, "We've just received word that our documentary short, The Silly Bastard Next to the Bed, will be debuting at the Full Frame Documentary Film Festival in Durham, NC next month. In the film, we set out to locate and interview 'the silly bastard' that JFK rants about in the YouTube phone call. The video has been a pretty big hit - as far as presidential phone calls go - and we're about to top 400K views. (Thanks, Scott!) Read the rest

UK gov't wants to ban dirty words in UK domain names; tell them to #£@* off

Tony sez, "The UK Department for Culture, Media & Sport is supporting a review of the .uk domain name registration process, suggesting that restricting offensive words in .uk domain names will help to prevent abusive behaviour on the internet.

Nominet has already done a great job of debunking why this is not an effective solution and is now seeking comments from the public." Read the rest

Punk Voyager: when the punks launched their own space-probe

"Punk Voyager" is this week's story on the Escape Pod podcast, and it is fucking amazing. It's Shaenon Garrity story about punks at the twilight of the 1970s who are drunkenly outraged to discover that the Voyager probe has been launched with classical music records for aliens. They build their own Voyager probe out of garbage, razor-blades, beer cans and a surfboard some douchebag left on the beach, filled with all the most important human artifacts that they can find in their van. They forget about it as the 80s roar in, and then the aliens come to Earth and cockpunch Ronald Reagan.

Punk Voyager was built by punks. They made it from beer cans, razors, safety pins, and a surfboard some D-bag had left on the beach. Also plutonium. Where did they get plutonium? Around. Fuck you.

The punks who built Punk Voyager were Johnny Bonesaw, Johnny Razor, Mexican Johnny D-bag, Red Viscera, and some other guys. No, asshole, nobody remembers what other guys. They were Fucking wasted, these punks. They’d been drinking on the San Diego beach all day and night, talking about making a run to Tijuana and then forgetting and punching each other. They’d built a fire on the beach, and all night the fire went up and went down while the punks threw beer cans at the seagulls.

Forget the shit I just said, it wasn’t the punks who did it. They were Fucking punks. The hell they know about astro-engineering? Truth is that Punk Voyager was the strung-out masterpiece of Mexican Johnny D-bag’s girlfriend, Lacuna, who had a doctorate in structural engineering.