It’s an unusual thought that an industry forced to move to the digital age might be more damaging to the environment than its previous manufacturing and distribution methods.

Report from CES in 1997: Among the Sex Machines 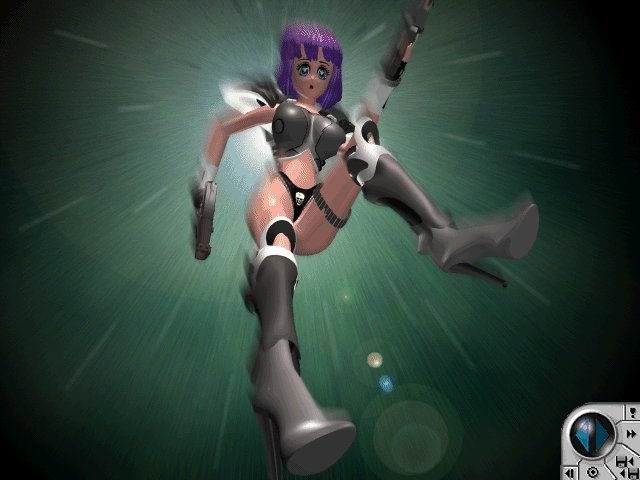 "Customization" and "control" are the buzzwords at this year's Adult Video Exhibition, the part of CES held at the Sands Convention Center and practically throbbing with loud music, laughter, squeals of joy, and whoops of glee.

At the Pixis booth on Friday, a man is demonstrating a new CD-ROM game called UltraVixen. With a slick Japanese anime look, UltraVixen pits a "beautiful, innocent college student" (who looks all of 14 in her schoolgirl uniform) against a "sex fiend overlord" who "tortures and enslaves young girls in his maniacal mechanical machines," the product flyer states. While the stated goal of UltraVixen is to "destroy the sex machines forever," oddly enough, the player is also the controller of the torture devices, which include a flame thrower aimed at the woman's breasts, nipple pinchers and pullers, a large penetrating piston, and a hypodermic syringe filled with some kind of green liquid. (You can shove a robotic ball gag into her mouth to stifle her screaming if you prefer to torture her in silence.) "There's some sick stuff," says the demonstrator happily. "Look, her eyes are watering!"

Over at Digital Playground, Dave and Tammy tell me about their latest CD-ROMs. "The new generation of CDs are about interacting with a virtual girl," says Dave. "The first adult CDs were much more limited - you could maybe pick a choice, but in these CDs you can make the girl actually do something." Read the rest