I want to visit this exotic fruit stand in Florida 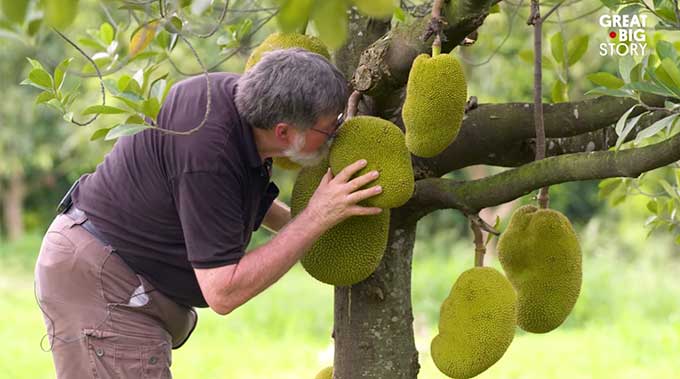 If you're interested in learning about fruit you probably have never heard of, I recommend a book called The Fruit Hunters by Adam Leith Gollner. I read it over 10 years ago and often think about the odd fruits and delightful people who are obsessed with them.

I was reminded of Gollner's book again when I saw this Great Big Story video about Robert Moehling, who has an exotic fruit stand in Florida. I really want to try some guanabana. The sign for it at Robert's fruit stand says, "Melts in your mouth like cotton candy. Virtually impossible to explain how wonderful it tastes. Best tasting fruit in the world!!!" 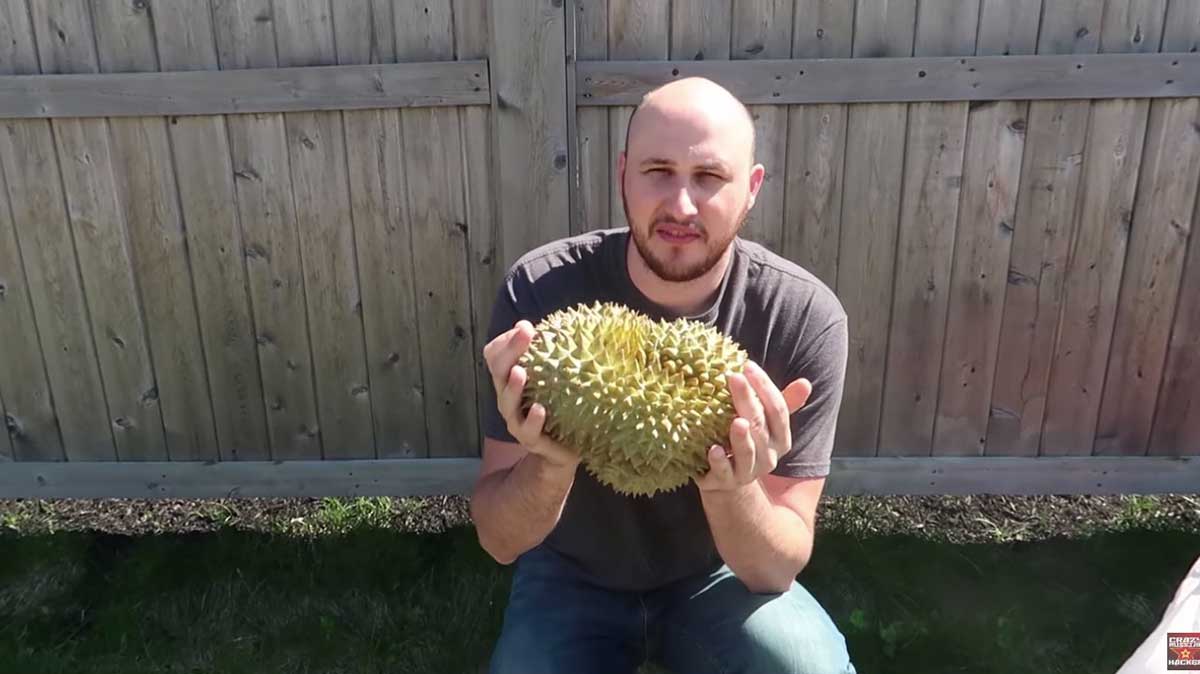 I've eaten durian a few times. Weighing as much as ten pounds, the hard greenish shell of this Southeast Asian fruit is studded with hard spikes, like some kind of living medieval weapon. Growing at the tops of trees up to 40 feet tall, durian fruits have been known to drop from branches and kill people below.

It takes a mighty thwack of a machete to persuade a durian to yield its cache of grayish-yellow sluglike pods. With an odor somewhere between sweetened garlic and pig manure, the fruit’s stench is so overpowering that it can be smelled through a car’s closed trunk.

To me, durian tastes like rotten bananas mixed with garlic and a drop of gasoline. And the aftertaste remains on your tongue for at least 24 hours, even after you brush your tongue with toothpaste. Despite — or more likely, because — durian is so foul, it’s considered a delicacy by millions of people. People love it or hate it, there is no in-between. Those who adore it as “The King of Fruit” in its native Indonesia, Malaysia, and especially Thailand (which dominates its export market) are willing to fork over what amounts to a month’s salary for a prime specimen. In Singapore alone, $30 million worth of the fetid fruit slithers down gullets of fearless gourmands each year. The governments of several Asian countries forbid people from bringing durian onto any type of public transportation. Most hotels have a ban on the fruit, and rental car agencies issue fines for cars that are returned smelling of durian. Read the rest

How to cut an avocado without hurting yourself 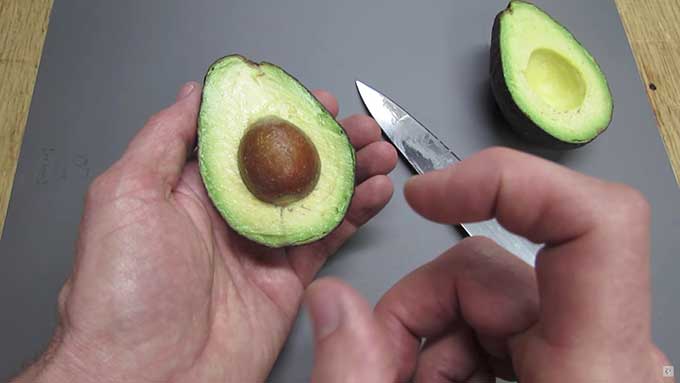 "Think of an avocado like a banana," says Chris Notap, who has a video tutorial on how to cut an avocado and remove the pit without hurting yourself. Read the rest