The David Starsky Gran Torino vs them Dukes' 'General Lee' 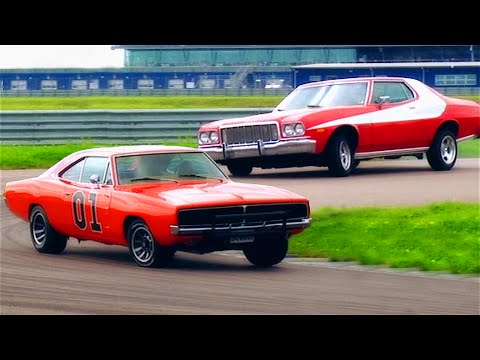 Vicki from Fifth Gear throws both these massive, monstrous automobiles around the track.

One was a show about a handsome Jewish cop and his blonde Steve McQueen-lookin' sidekick, the other some hillbilly moonshiners in a corrupt southern town. Both starred the cars.

As a kid I guess I always assumed these cars were fast and well handling. This video shows what lumbering, terrible beasts they were. "Diabolical!"

Flash was the best part of The Dukes of Hazzard.

don't taunt flash that dog is vicious / them dukes