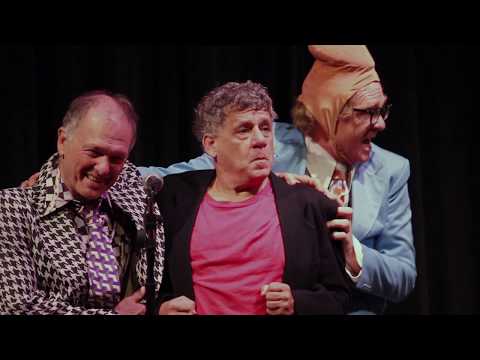 For 40 years Bill Allard, Dan Coffey, Merle Kessler, Leon Martell, and Jim Turner performed together as Ducks Breath Mystery Theater. From their humble start in Iowa City, to their humble decades on the West Coast, the troupe entertained audiences across the country, on radio and television.

Some of their characters grew to be more popular than the team itself! Merle Kessler's caustic pundit Ian Shoales may have been the inspiration for Bill O'Reilly. Dan Coffey's Dr. Science predicted a nation of climate deniers, and Jim Turner's Randee of the Redwoods would go on to become Generation X's most treasured presidential candidate.

It was always more than a box!