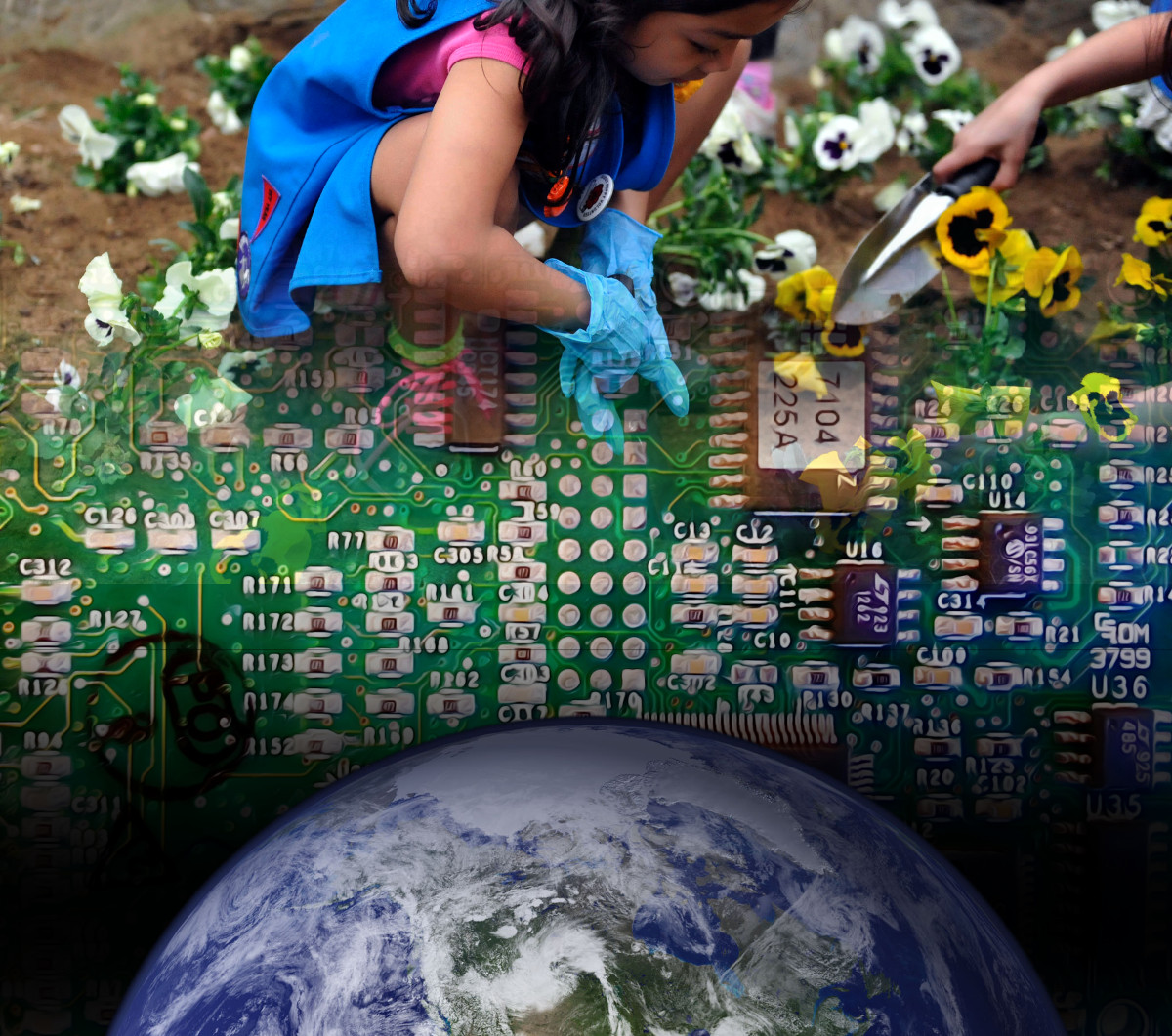 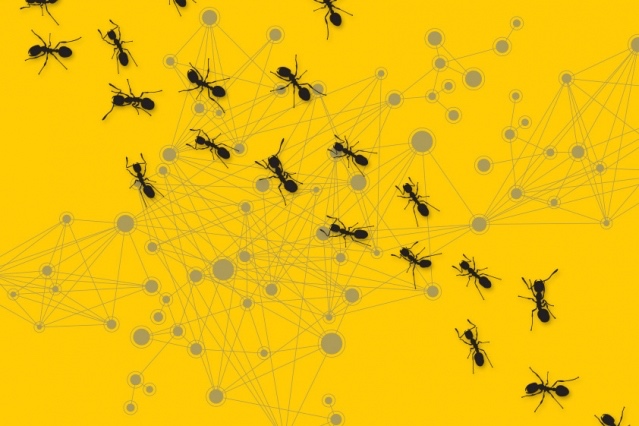 The Distributed Flight Array is an experimental project from ETH Zurich; it's a set of 3D-printed hexagonal rotors with magnets on their edges; they automatically join up with one another, sense and compute the aerodynamic properties of their current configuration, and cooperate to fly together.

The system is designed around a central propeller which provides thrust for the structure. Surrounding it are three omni-directional wheels that let the bots get into position with each other on the ground while magnets embedded in the frame provide a connection. A gyroscope provides positional information to an on-board microprocessor while an infrared sensor feeds information about altitude to the system. Pins allow the collected bots to communicate this real-time data between each other and adjust their individual thrusts to keep the combined unit stable. Despite the sensitive nature of the electronics, when a flight is over, the bots disengage midair and fall safely to the ground where the process can begin anew.

Individual units can only propel themselves spastically around a room, but when joined the DFA modules can create traditional quadcopters, more advanced decacopters, and their most impressive applications are atypical and asymmetrical arrays that defy traditional aeronautic aesthetics. These odd combos often produce interesting flight patterns — in one configuration where the bots are aligned linearly, the construct appears to flap as the opposite ends try to reach equilibrium.

...Next steps for the project will be removing the last vestiges of human control—currently a motion-capture system or an operator using a joystick has to provide a small amount of feedback to keep the system from drifting away.