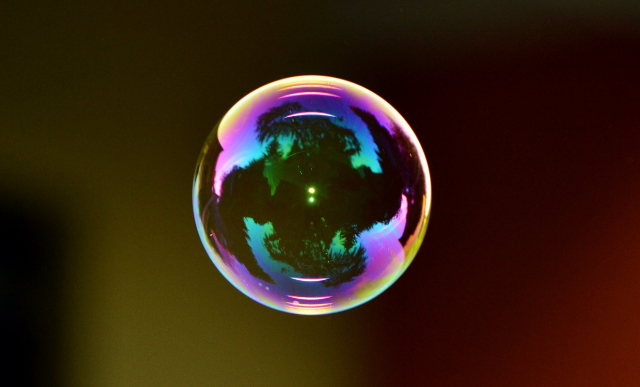 Brains are so overrated. Sure, they let us know when it's time to poop and help us to find our car keys, but that's not very impressive for an organ that takes up just about all of the space in a skull. You could totally get away with a smaller brain just fine. Check it out: according to The Washington Post, a seemingly healthy fella was found to have a 3.5" air bubble in his skull where a good chunk of his grey matter should be and he was still walking around, eating sandwiches and everything.

The 84-year-old gentleman's missing brains were discovered after he complained of taking frequent falls and a loss of sensation on one side of his body – symptoms commonly associated with a stroke. When he reported to the emergency room to get checked out, the ER doctors were gobsmacked to discover that their patient had a massive, pressurized air bubble – called a pneumatocoele – in his skull where brains should have been.

The empty head space was particularly surprising because the man arrived in the emergency department with afflictions otherwise common for his age. He had been complaining to his regular doctor about repeated falls and feeling unsteady in recent months. When the man added left-sided arm and leg weakness to the list of complaints, his doctor advised him to go to the emergency room, fearing a possible stroke.

But aside from the weakness and unsteadiness, the man was in good shape. In the case report, doctors noted that “there was no confusion, facial weakness, visual or speech disturbance… He was otherwise fit and well, independent with physical activities of daily living (PADLs) and lived at home with his wife and two sons.

The products most associated with emergency room visits 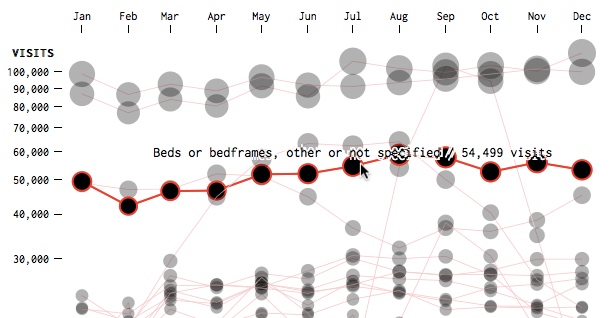 "Why People Visit the Emergency Room" (FlowingData) Read the rest