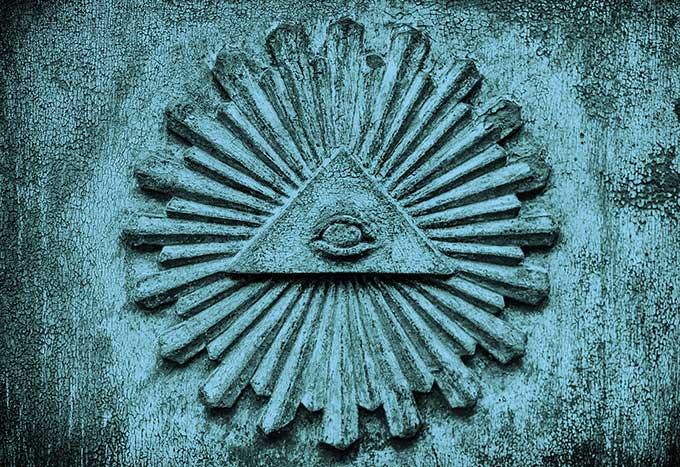 Is it any surprise that Trump's idea of an eminent private citizen is a gentleman by the name of George Mentz? He is a lawyer from Colorado Springs who has written a number of Illuminati self-help books, such as The Illuminati Secret Laws of Money, The Illuminati Handbook, 50 Laws of Power of the Illuminati, and 100 Secrets and Habits of the Illuminati for Life Success.

Several of those books are co-authored with someone named "Magus Incognito," and generally share how mindfulness can lead to prosperity. Mentz cautioned The Denver Post about getting "too excited" about his word choice, essentially saying the term "Illuminati" is used as a marketing tactic.

“If you conceive of your desire, you can then imagine that your goal will take place with belief, and then you will be able (to) retrieve the opportunity from the world’s storehouse of riches,” he wrote in a 2013 book, “Abundance Bible & the Secret Powers of Manifesting Wealth Health and Peace of Mind.”

“When a person stops struggling and initiates ALCHEMY OR MAGIC, SOMETHING HAPPENS,” Mentz wrote in another 2013 book, “Success Magic — The Prosperity Secret to Win with Magical Spiritual Power: How to Grow Rich, Influence People, Protect Your Mindset and Love Yourself Like a Warrior Using Timeless Abundance Secrets.”