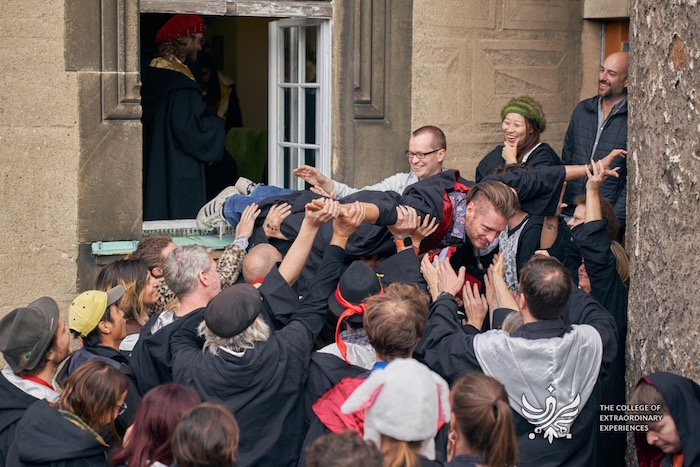 The world is full of places of wonder. Some of them are physical places; others are places of the imagination. The College Of Extraordinary Experiences is both. Once a year, the Czocha Castle in Poland (a real 13th century castle), becomes a most unusual and peculiar college, much like Harry Potter’s Hogwarts. Only this one is real — and it’s not for kids. In order to try to convey the nature and the spirit of such a one-of-a-kind place, allow me to provide a bit of framing and context.

Welcome to the Experience Economy

In 1998, consultants and authors B. Joseph Pine and James H. Gilmore published an article in the Harvard Business Review, introducing the term "Experience Economy" for the first time. The following year, the authors expanded their ideas into a successful and widely influential book of the same title. Thus the Experience Economy was officially born, and the word “experience” gained new meaning in the business world.

Broadly retracing the history of economy, Pine and Gilmore identified four main developmental stages of “economic offering.” This progression goes from early human societies, mainly concerned with "Commodities," to the Industrial Revolution and large-scale production of consumer "Goods," followed by a steadily increasing demand for "Services," and finally, in the present day, the latest form of economic offering: "Experiences." Amply corroborated in the past two decades, the book’s thesis is that in a world saturated with largely undifferentiated goods and services, the greatest opportunity for value creation (and revenue growth) lies in staging experiences. Read the rest