Youngest person ever given new face in transplant surgery 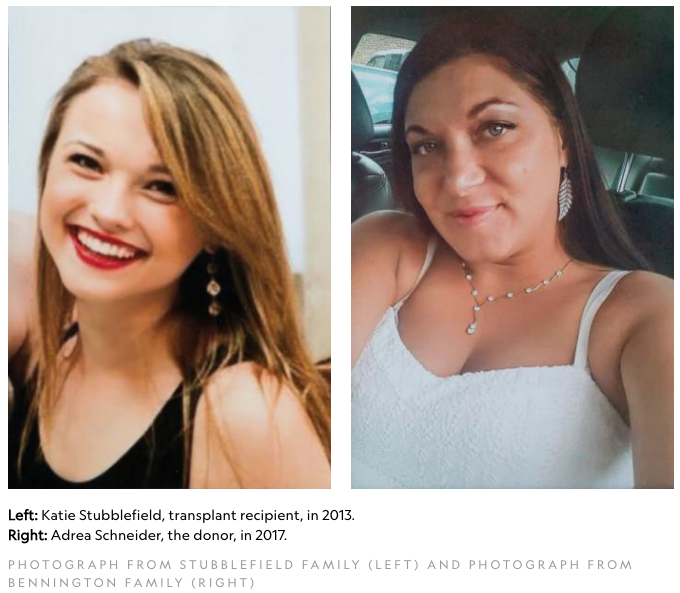 The September National Geographic cover story follows Katie Stubblefield as she is given the face of 31-year-old donor Adrea Schneider, a woman who died of a cocaine overdose. 21-year-old Katie had been waiting three years for a donor face after a self-inflicted rifle injury and, last year, she became the youngest person ever to get a face transplant. Her procedure took 31 hours to complete and many more operations and months of rehabilitation are still required.

After surviving her suicide attempt, Katie Stubblefield hopes to help people who are struggling. For Americans her age, suicide is the second leading cause of death, and the overall rate increased 28 percent from 1999 to 2016. “Whatever is going on in your life, I would say that it’s only temporary,” Katie says. “And no matter what it is, there’s always someone you can talk to.”

If you think you can stomach the graphic images of the surgery, head over to National Geographic to get the full story. They documented Katie, her family, and her doctors before, during and the year following the surgery: How a Transplanted Face Transformed Katie Stubblefield’s Life.