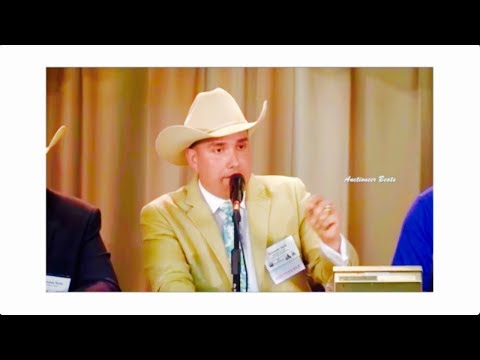 Live auctioneers are literally fast talkers but the skill is much more nuanced than just speed speaking. You want to build excitement and keep the bidders engaged without putting them into such a trance that they stop raising their paddles. What does it really take to be a master auctioneer? Writer Katy Vine attended an eight day America’s Auction Academy training held at the Addison Radisson hotel near Dallas. From Texas Monthly:

“You have to sound melodic, but you don’t have to do a lot. If you roll it out right, it sounds like you’re doing a lot of work, but you’re not, really,” he said. He stressed that the chant needed to fit the situation. “If you’re doing a charity auction and you go too fast, you’ll lose your crowd. In real estate, you’ll scare them to death.” [...]

That morning, like we did every day, we warmed up with tongue twisters and number drills, our forearms outstretched like a droning choir of capitalists. “You need to have hands out, asking for money,” Jones said on the first day. “That’s your number one job. No lazy arms. Put your hands out.” We needed to appear natural, moving one hand out in the direction of a possible bidder. Where is the bidder? What’s your current bid? What’s the bid you want after that and the one after that? Where are your hands? How’s your rhythm? Are you projecting from the diaphragm? Is your chant melodic? Quit swaying from side to side!