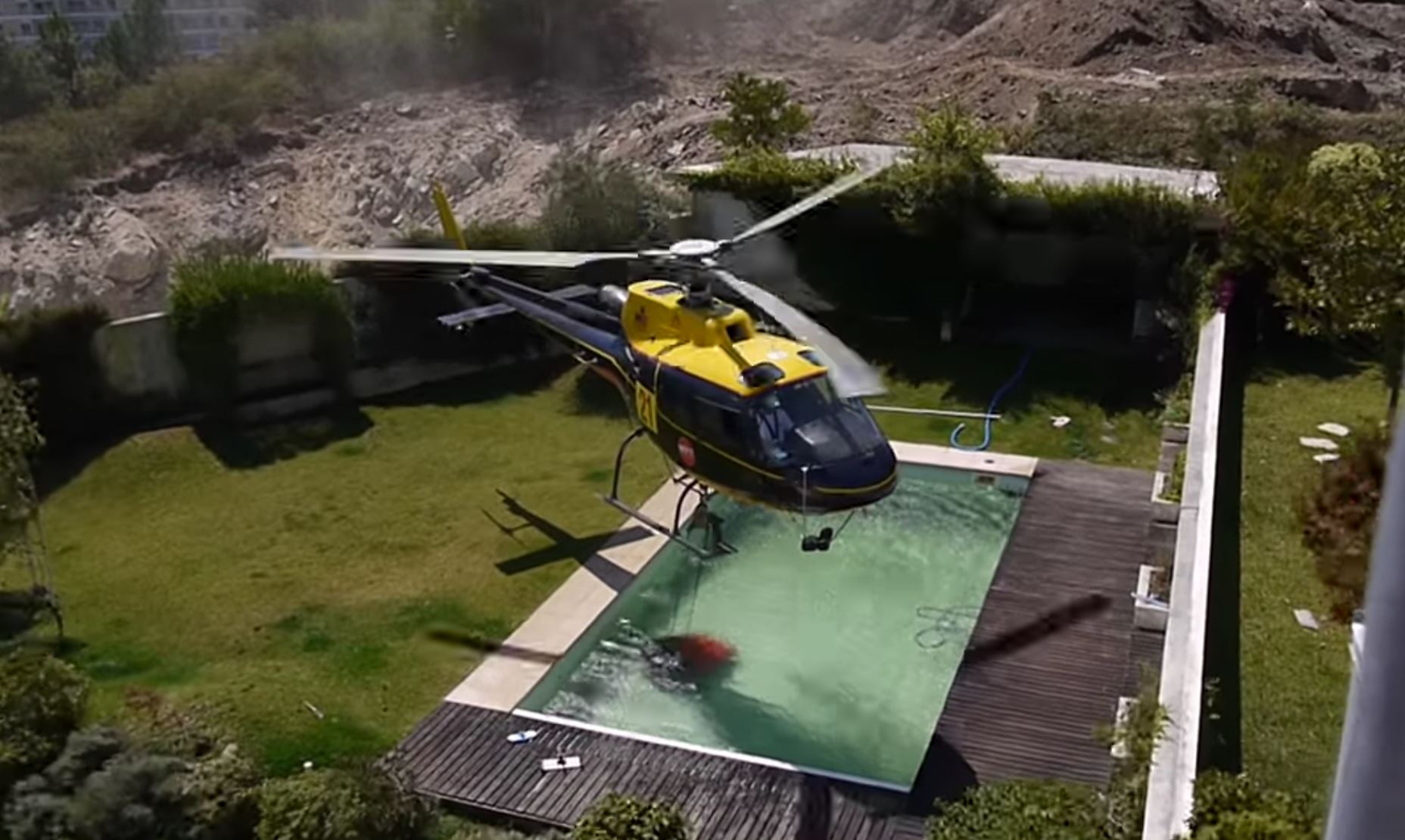 This video shows a firefighting helicopter pilot refilling its bucket in a backyard swimming pool in Portugal, to tackle a nearby blaze. João Guimarães, the next-door neighbor, writes that the fire was brought under control in 20 minutes.

I woke up this morning to this show. A loaded helo (Eurocopter AS350) from the portuguese firefighters landed in front of my house, droped 5 men in full gear, hooked up a bucket and started waterbombing a fire that broke out (or someone started, most likely) right next to a neighbor's house. After 20 mins the fire was controlled by a 6 men team :).

Many thanks to the unseen team on the ground, for risking their lives to save other's property.

Here's a closer angle, apparently shot by the pool's owner:

I became friends with the pilot flying on the video, he has a very nice onboard video from another mission ...

filling at swimming pools is only done as a last resort (but not illegal in Portugal) because of the risks involved (children playing, damage to property, flying debris such as garden furniture, etc), but he did so on this case because there were houses in danger and the water source was so convenient. ... He also detailed the operation a little bit more: he was returning to the airfield from another bushfire when he saw the initial smoke column. He took the initiative to land and start the attack on his own since the fire was so close to houses. 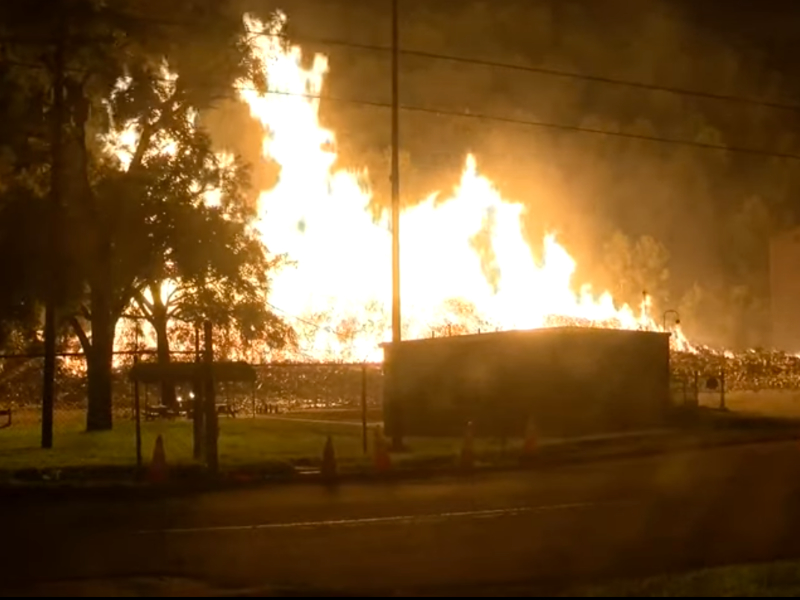 Air tanker drops are often useless for fighting wildfires, but politicians order them because they make good TV

Firefighters call airdrops "CNN Drops" because they're often useless, but politicians order them in order to produce a TV-friendly spectacle that reassures voters that Something is Being Done. Read the rest