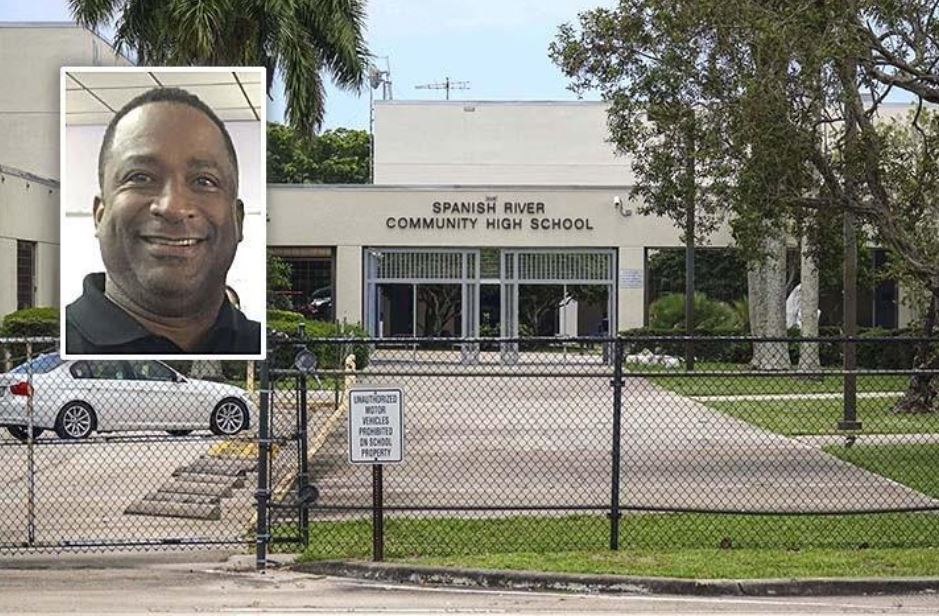 After double lot sold to separate owners, one of them erects fence through pool and garage 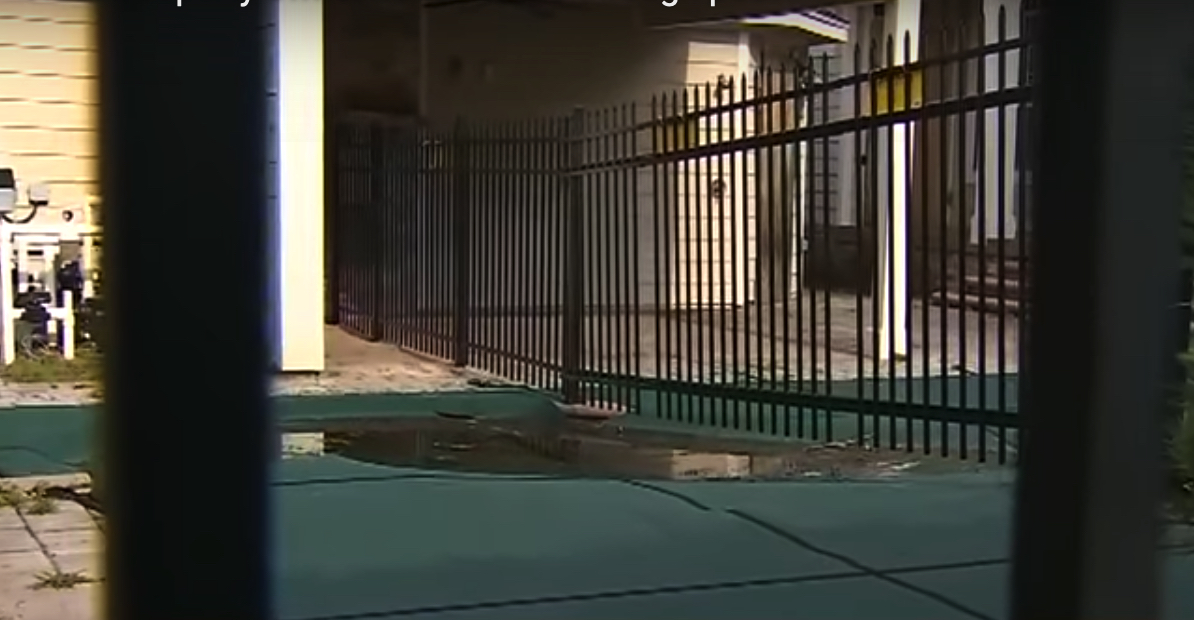 An Orlando homeowner owned a second lot next to the house. He added a pool that straddled the property lines. Then, following foreclosure, the two lots were sold to different owners, one of whom erected a fence. Over the pool. Through the garage.

When you're just dipping your toe in the real estate market

It's all so very "Florida"! Cities that don't enforce setback rules. Cities that tolerate structures spanning multiple residential lots. Sales that split combined lots into multiple lots without consideration of what is on the lots. Inspectors, appraisers and mortgage lenders saying "this is fine!". People building fences over pools and through garages. Read the rest 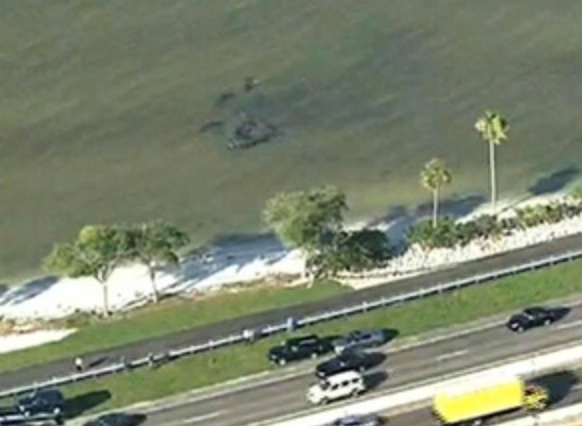 Mark reported earlier this week that a Florida man was charged with a crime over the "I EAT ASS" window sticker on his truck, and with resisting arrest for refusing to remove it; here's the dashcam video. 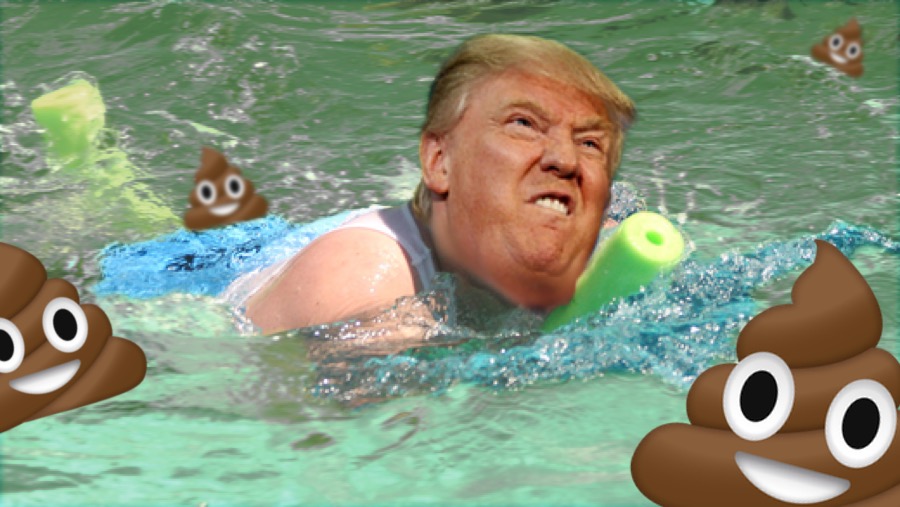 'Drain the swamp,' said the man whose resort swimming pools are so filthy, Florida state health inspectors had to close 'em ten times in one year, reports QZ. Read the rest 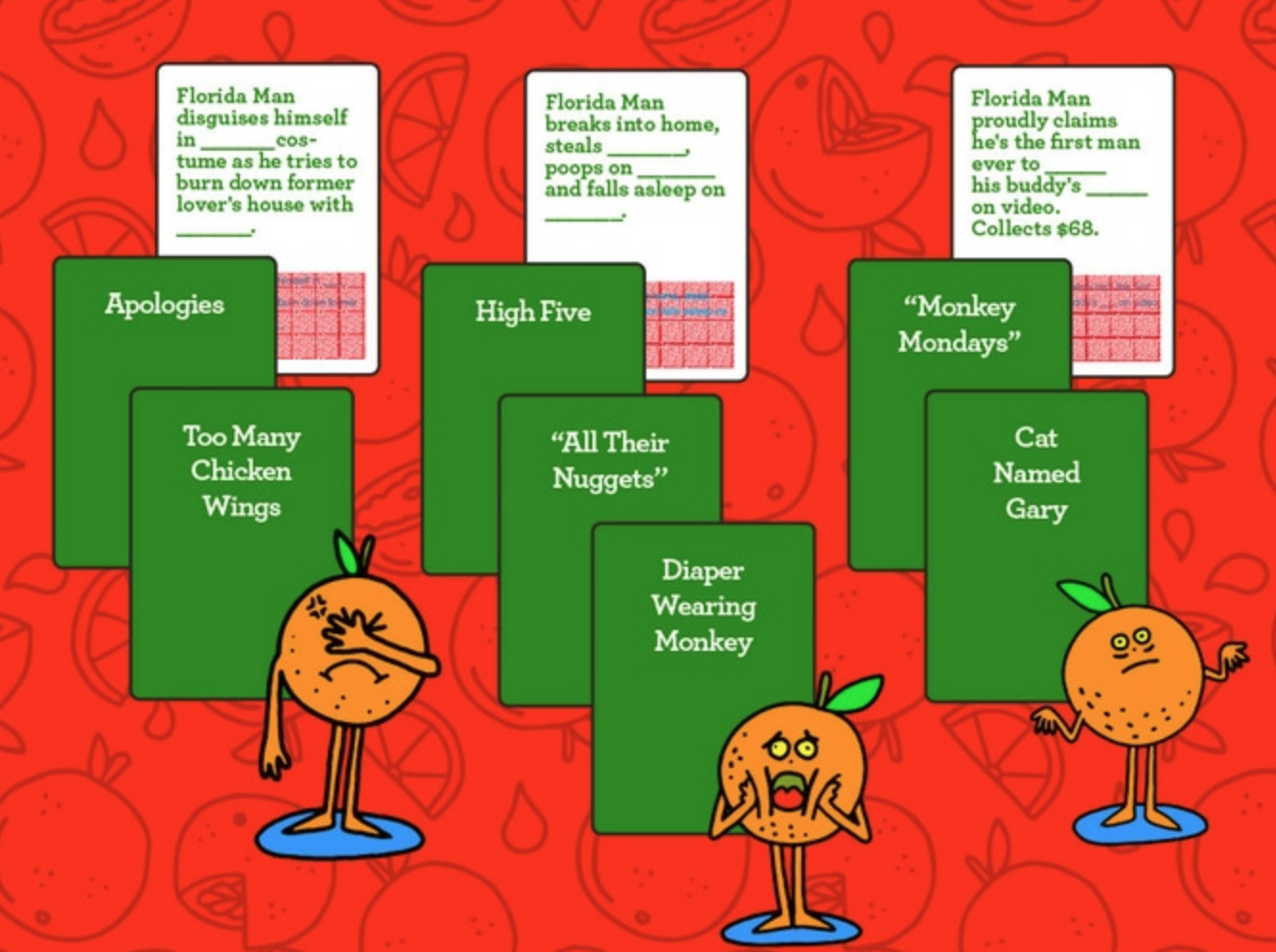 Florida Man is the inaugural kickstarter from Los Angeles's incomparable comics store Secret Headquarters (previously): it challenges players to fill in the blanks from hundreds of cards capturing actual headlines about actual Floridians, creating hilarious, Cards Against Humanity-style madlibs. $20 gets you a game (early bird, rising to $25), $50 gets you a game and expansion pack, and there are tiers with tons of swag and of course a retailer bulk-discount pack. Read the rest 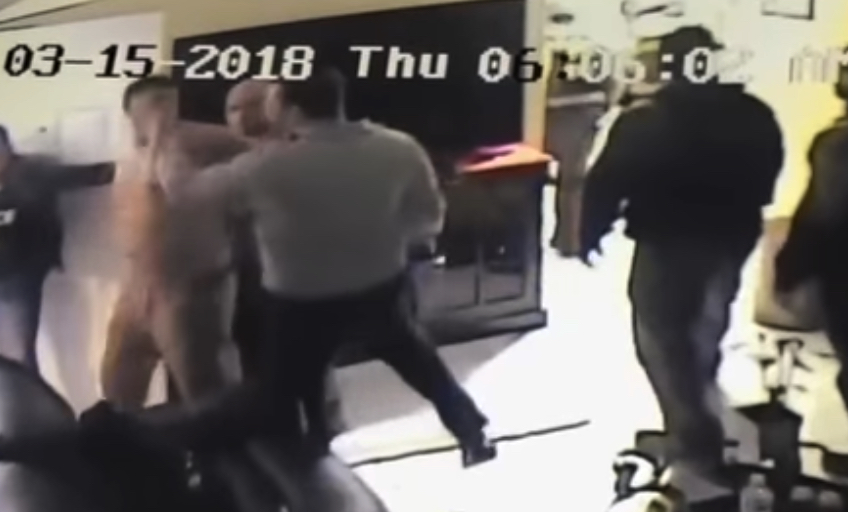 After a raid in Miami, police Sgt. Manuel Regueiro approached and punched an 18-year-old cuffed suspect in the face. The victim warned the officers they were being filmed by the home security system. So officer Alex Gonzalez stole the evidence. But he had in fact taken the system's battery, and now both officers are being charged with crimes.

Regueiro for misdemeanor battery ... Gonzalez with tampering with evidence, a third-degree felony, and misdemeanor petty theft.

“Shameful we have to take these actions,” the department’s director, Juan Perez, said in a Tuesday tweet. “However, any officer violating the law will face the consequences, including arrest and prosecution.”

Consider in silence how ignorant of modern technology you'd have to be to think that a modern surveillance camera's battery was a tape. Read the rest 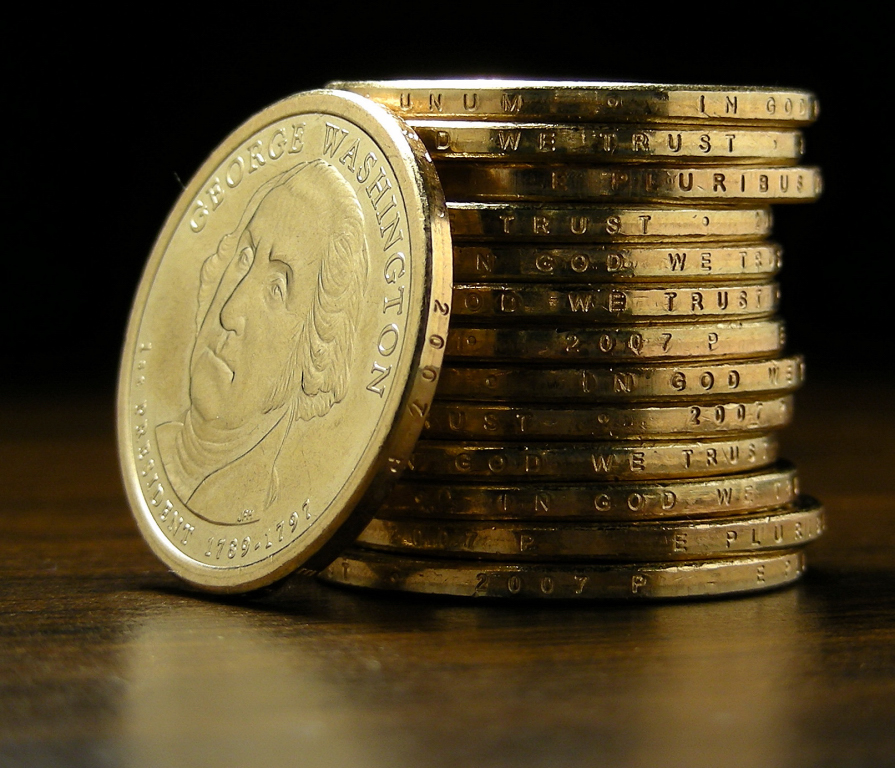 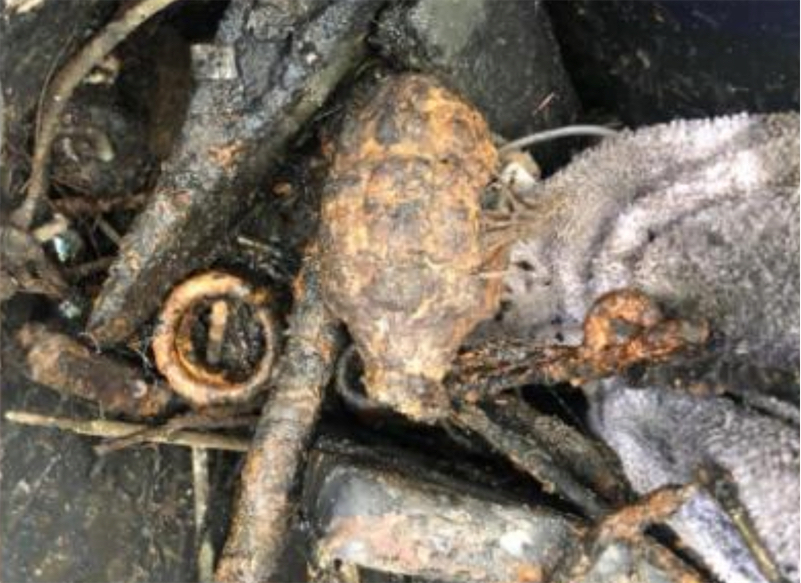 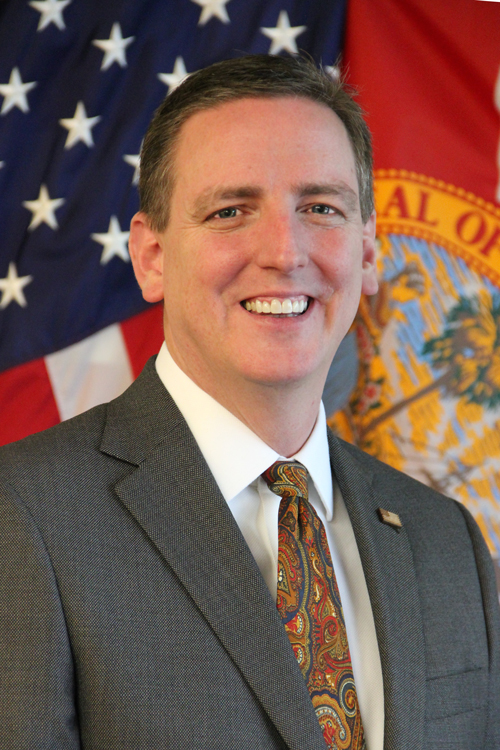 Having served a whopping 16 days in office, Florida's Republican (shocker) Secretary of State Mike Ertel has resigned after the Tallahassee Democrat newspaper obtained photos of Ertel in blackface, dressed as a Hurricane Katrina survivor. Read the rest 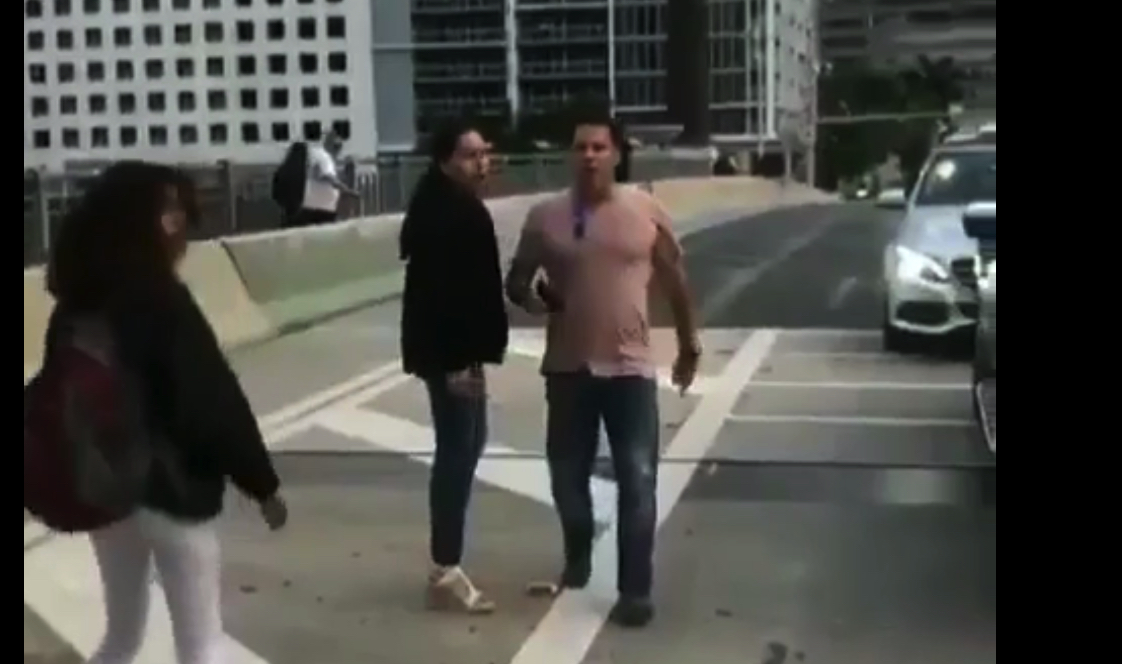 The video begins in medias res during the annual "Wheels Up, Guns Down" bicycle ride, with a group of teens and an older woman engaged in a heated dispute over the riders' blocking of traffic. As the woman and one boy face off, another teen rides up to them on his bicycle and she accuses him of running over her foot (apparently falsely, though perhaps it happened before the video begins). A man, who may well be the human incarnation of whatever ancient stupid god looks over Miami, barrels up waving a handgun and gets started with the racial slurs.

The woman complains about "thugs" and begins filming, but this is not her video. One of the boys tells them they're going to be "on the news". A taut self-awareness flashes over the woman's face as she finally looks into the camera. "That's fine," she says. Then she and the man quickly depart.

And now they are on the news.

A man was arrested Monday after he was caught on camera threatening a group of black teenagers with a gun in Miami's Brickell neighborhood.

Police did not identify the man late Monday. ... Keon Hardemon, a Miami commissioner, suggested the man should be charged with a hate crime.

"Assault with a deadly weapon and calling them n-----s sounds like a hate crime to me. ... He is not a hero. He will kill someone next time if he isn’t arrested," Hardemon said on Instagram.

UPDATE: Video shot by another driver shows the same pink-shirted man yelling racial slurs at the teenage bicycle protestors, apparently prior to the other confrontation. Read the rest