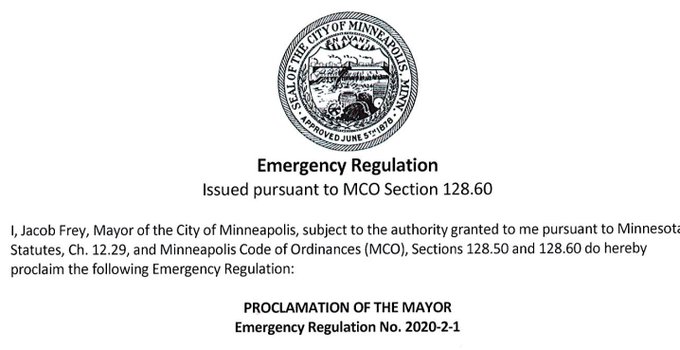 The Mayor of Minneapolis, Jacob Frey, has declared a curfew for the city following protests over impunity in the killing of George Floyd.

An 8 p.m. curfew imposed by the mayor late Friday will extend through the weekend.

Mayor Frey has issued Emergency Regulation No. 2020-2-1 which imposes a curfew throughout the City of Minneapolis beginning at 8 p.m. tonight (Fri., May 29) and extends through the weekend.See the posted regulation for details at: https://t.co/iebgleKnyx pic.twitter.com/7l61oURPtc