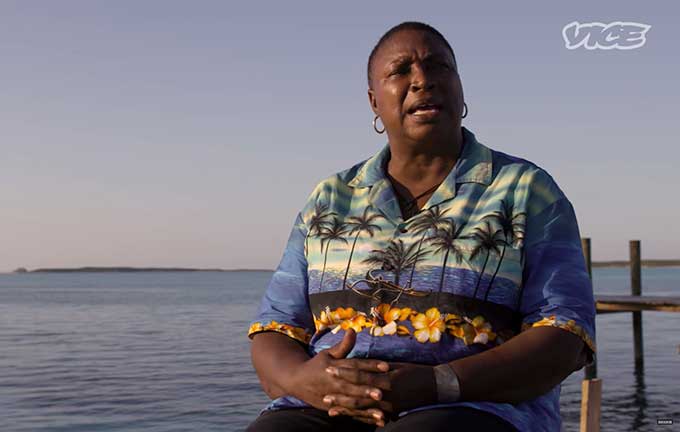 If you watched the Fyre Festival documentary that came out earlier this year, you might remember Maryann Rolle, who provided catering services for the catastrophic Fyre Festival and lost $50,000. After the documentary, an online crowdfunding campaign was organized to raise money for Rolle. She got over $220,000. In this Vice video, Rolle describes how she was almost scammed again. 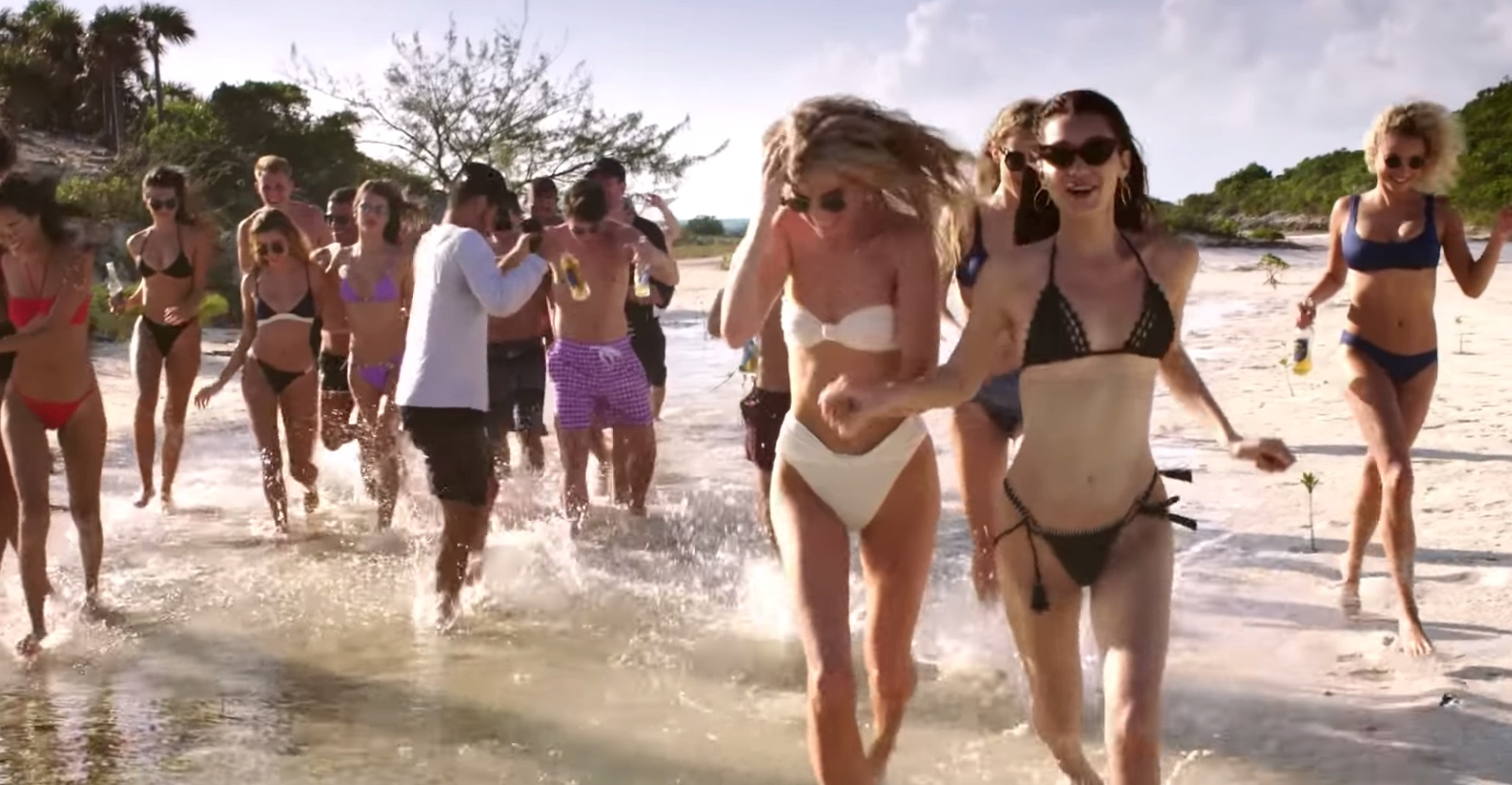 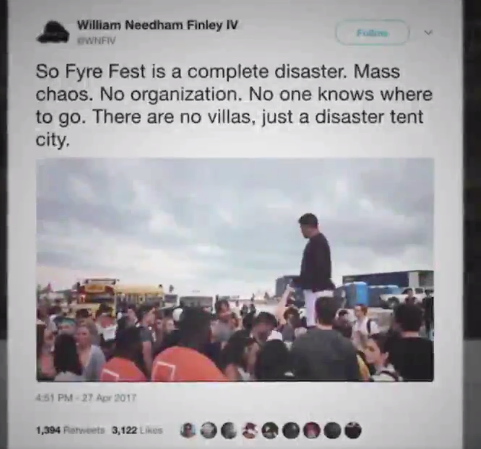 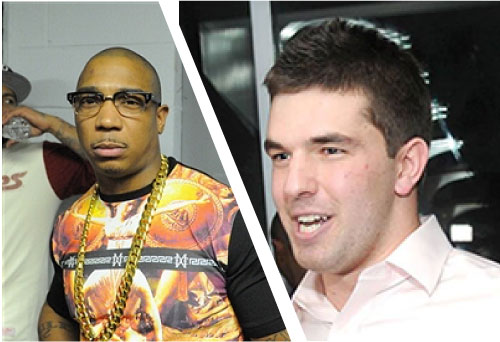 This can't be good for Fyre Media co-founders Billy McFarland and Ja Rule: leaked emails and documents show that organizers were not only grossly incompetent, they didn't seem to particularly care that the Fyre Festival was doomed.

In an urgent April 3 email with the subject line, "RED FLAG- BATHROOMS/ SHOWER SHIPPING," a mid-level Fyre Festival worker alerted senior staff, including 25-year-old co-founder Billy McFarland and Fyre Media president Conall Arora, of a growing crisis: the unexpectedly high costs (estimated to be at least $400,000) of shipping enough toilets and showers to the Bahamas to accommodate an anticipated 2,500 people on the island.

This followed the news that its caterer, Starr Catering Group, had just pulled out of the festival. Those two events prompted one assistant on the email thread to joke, "No one is eating so therefore no ones pooping."

Here's another snapshot from the train wreck:

But there was one problem with Weinstein's plan: Those luxury villas — which Fyre Media marketed on its website and sold for thousands of dollars to attendees — don't seem to have existed.

Two days later, on April 22, Weinstein sent an email to staff strongly suggesting a campaign begin to reach out to the influencers planning to attend — and prepare them for seriously reduced accommodations.

"It is my opinion based on conversations with influencers, that the majority of them are not going to receive what they were promised," Weinstein said in a note urging Fyre staff to be more transparent.

Fyre Festival founder to employees: you're not getting paid, but wanna work for free? 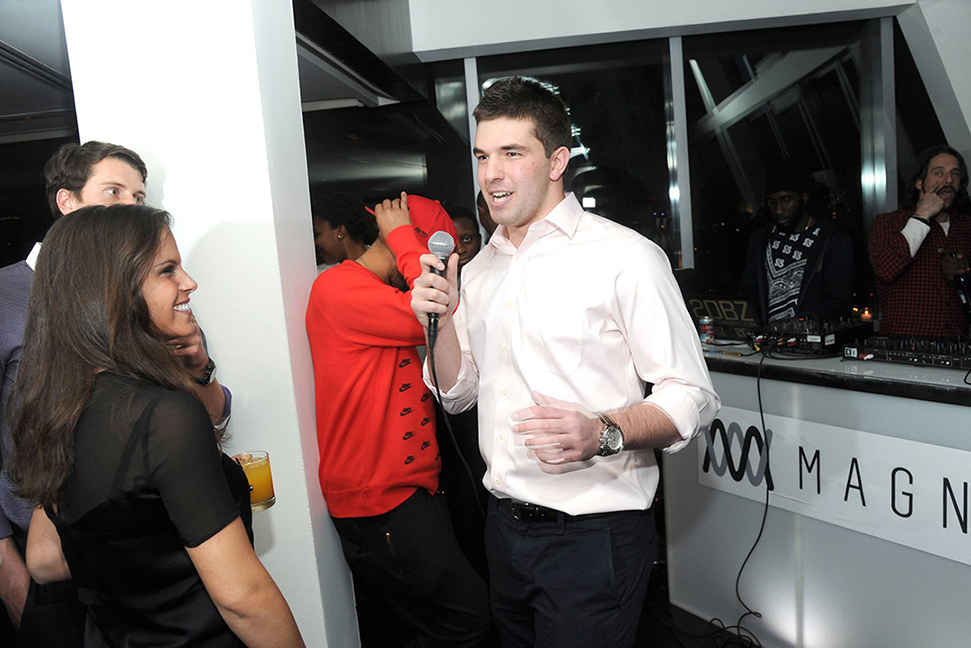 On Wednesday 25-year-old Fyre Festival founder Billy McFarland -- who is being sued for $100M over his catastrophic schadenfreudefest -- gathered his long-unpaid employees on a conference call this week to tell them that "After conferring with our counsel and all financial people, unfortunately we are not able to proceed with payroll. We’re not firing anyone, we’re just letting you know that there will be no payroll in the short term." Read the rest

In the immediate aftermath of the Fyre festival debacle, co-founder Ja Rule tweeted, "I truly apologize as this is NOT MY FAULT..." Read the rest

#fyre / fyre festival / mistakes were made / not my fault / picks