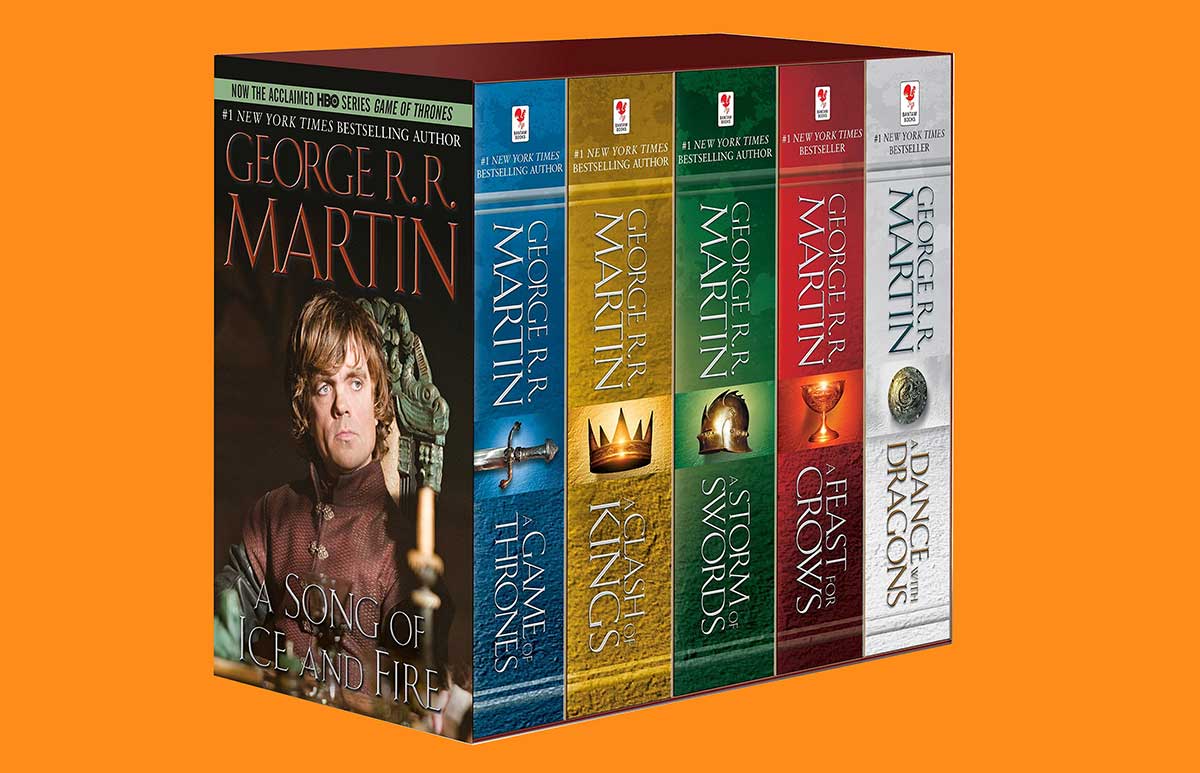 My daughter and I are watching A Game of Thrones on HBO (my second time, her first) and it reminded me that I read the first Martin novel and liked it but never got around to reading the others. I'm going to correct that by getting this five novel set for [amazon_link asins='0345535529' template='PriceLink' store='boingboing' marketplace='US' link_id='cc84c137-1e60-40d7-ad2d-f959f0f9fa70'] Amazon. Read the rest

With the completion of Season 4 of HBO’s Game of Thrones, Ivan and Red dig back into the Boars, Gore, And Swords book club, where they cover the chapters of George R.R. Martin’s A Song of Ice and Fire series that correspond to the previous television season. No book spoilers past the TV show!

Boars, Gore, and Swords is hosted by stand-up comedians Ivan Hernandez and Red Scott. In each episode they break down HBO's Game of Thrones and George R.R. Martin's A Song of Ice and Fire. They also talk about movies, TV, science fiction, fantasy, and lots of other things. NSFW.

With the long awaited Season 4 Premiere of HBO’s “Game of Thrones” is upon us, Ivan and Red cut deep into “Two Swords.” They’re joined by third chair Kelly Anneken, and the three of them discuss molten ice, the sequel to Ser Captain America - The Winter is Coming Soldier, Tall Joffrey, the introduction of Prince Oberyn (AKA “The Red Viper”), mc’ing weddings for cake, the newer/higher mountain, Assassin Kenny Rogers, Jaime going full Buster Bluth, The Cannibal Borg, Joffrey’s Saxophone statue, the abbreviated "Ser Duncan the Tall", and the beautiful reunion of a girl and her named sword!

This episode is brought to you by NatureBox, for 50% off your first box of snacks you can feel good about, go to naturebox.com/boars

Your browser does not support the audio element.

GET BGaS: RSS | On iTunes | Read the rest