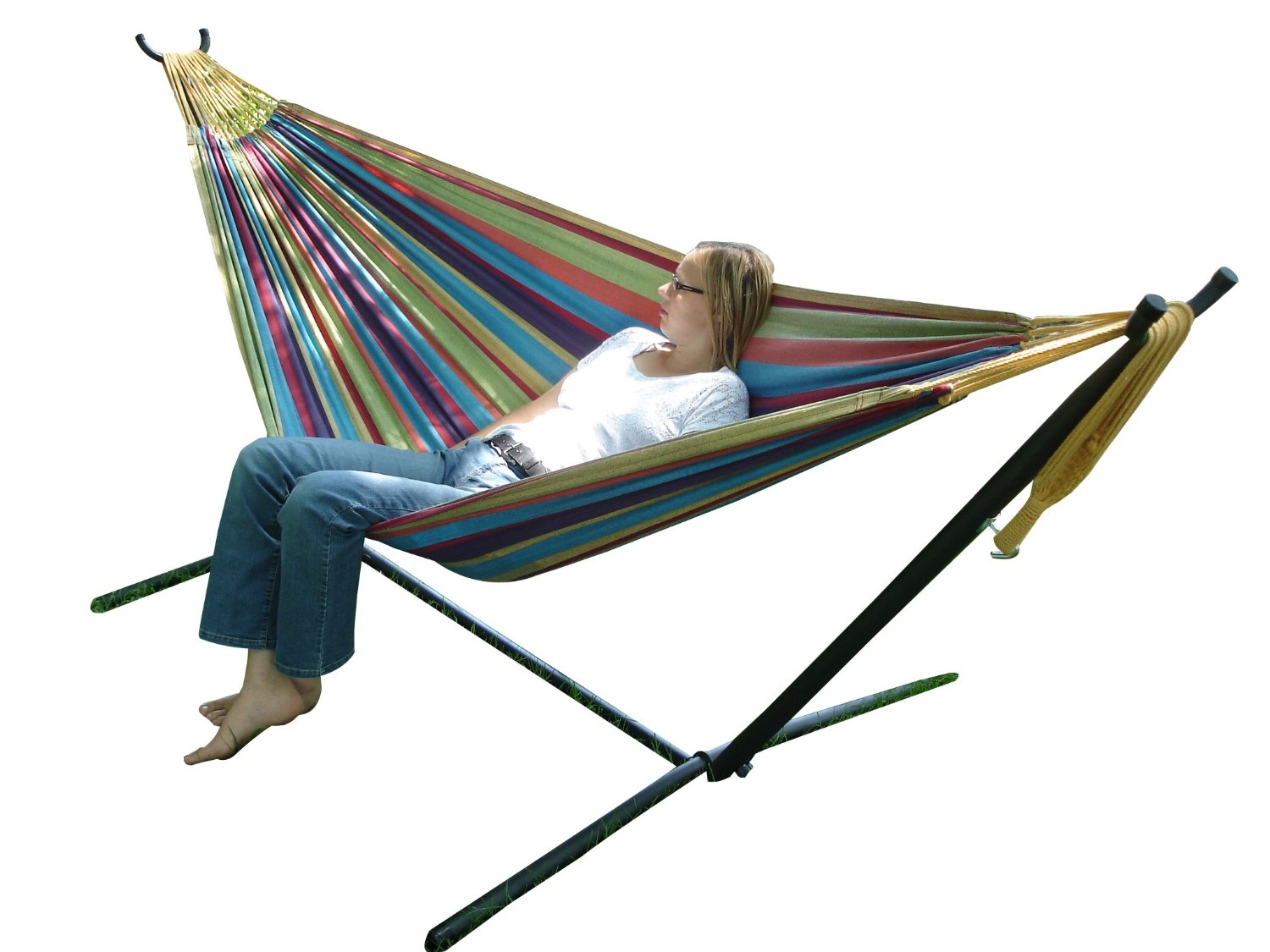 Since May of 2013 I've enjoyed this Vivere double hammock and its space-saving steel stand.

The price dropped to around $90 on average last year. It has been down to $70-ish once or twice, but I've gotten so much service from this kit, I think it was a deal at $140. Here is my first review.

I have once replaced the hammock itself! I fault myself, and not the hammock due to my leaving it in the sun, wind, and rain for a few years. I now respectfully take the replacement hammock down at night and bring it in. Several years of use and the replacement looks good as new. I am sure if you care for yours it will last as well.

The stand is good as new. Even in the salty sea air, it has merely developed a patina. I have kept this hammock about 200ft from the Pacific Ocean.

My daughter and I frequently use the hammock. I love it for recovering from any illness, and sleeping outside at night. My kid likes to watch YouTube videos in out, as WIFI easily reaches the deck. 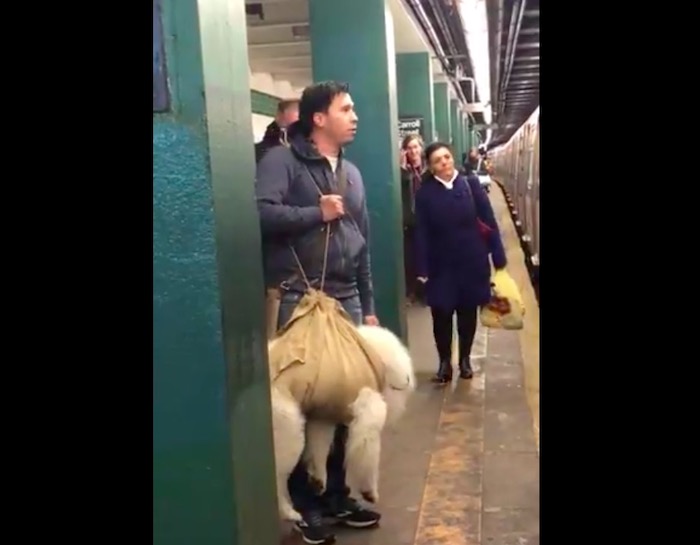 Since it's illegal to take your dog on a subway in New York if it's not shoved into a "carrier," this man shoved his large dog into a tiny burlap sack, if that's what you can call it. But the conductor doesn't buy it, and bans the creative dog owner from boarding the train.

Saw this guy arguing with an @MTA conductor about bringing his dog on the subway. Dude said the dog’s burlap sack was a bag; conductor said nope, wouldn’t let him on the train. @Gothamist @A_W_Gordon @2AvSagas #NYCSubway pic.twitter.com/qjgN5anKV3

So much for over-the-shoulder hammocks. 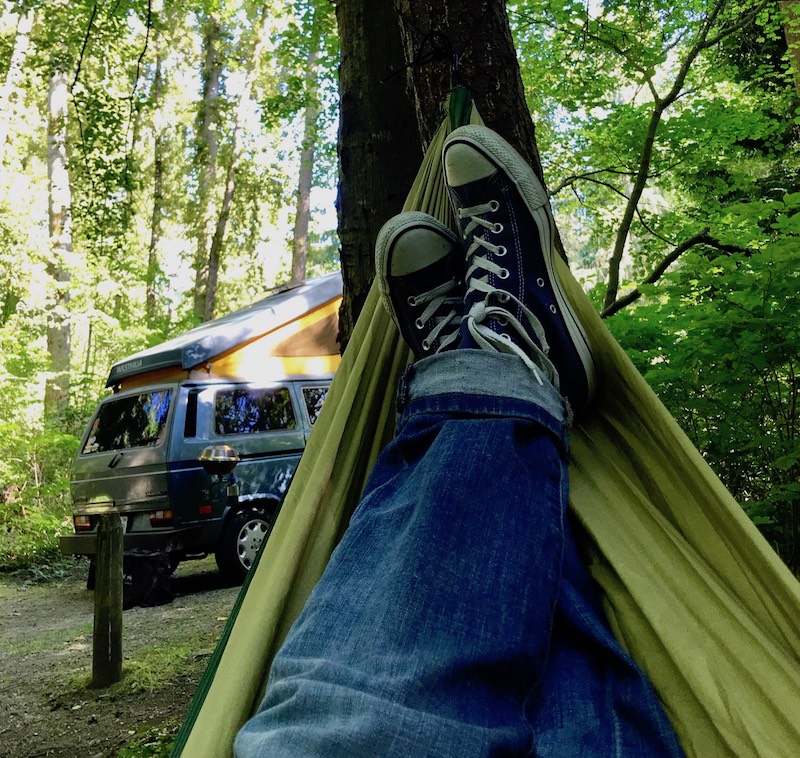 This Bear Butt camping hammock saved my Fourth of July. Read the rest 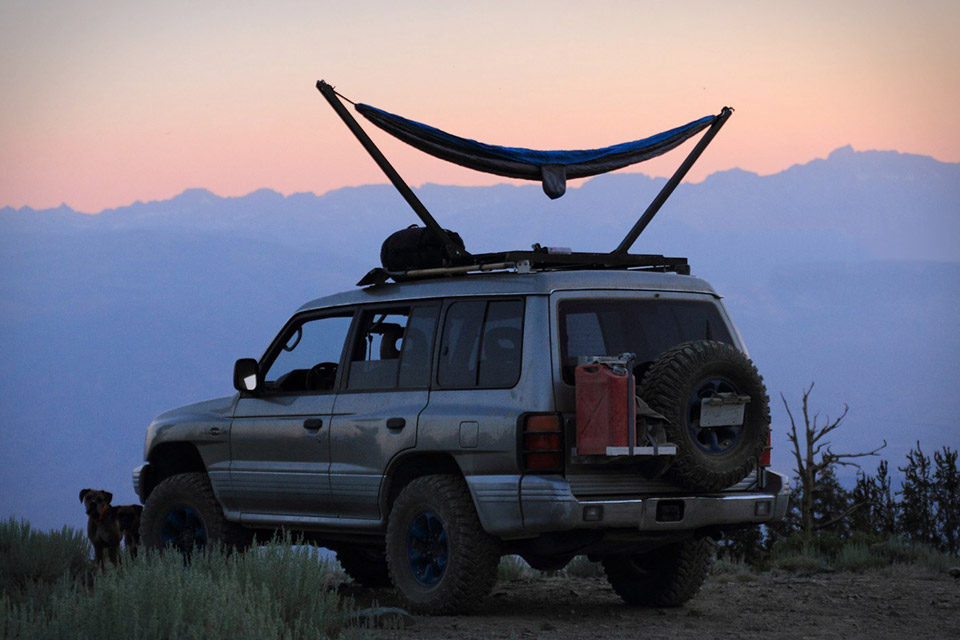