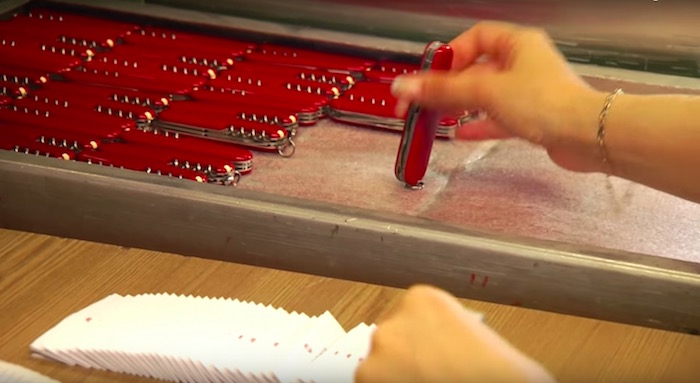 Yes, a PR video and yes, the music is kind of terrible. But man, I learned so much watching this video churned out by the folks at Victorinox. Given the ubiquitous nature of the Swiss Army knife, I'm surprised by how much of the tool's production is still done with human intervention. Being as the video was only produced two years ago, I have to assume that they're still making their knives in the same manner. If anyone knows different, I'd love to hear about it.

If you've ever owned a Swiss Army Knife or want to understand more about how an iconic piece of hardware is created, taking in this 13-minute film is time well-spent. Read the rest

how stuff gets made / knives / Swiss Army Knife / tools