Video: A furious woman at Walmart calls cops on a man because he "looks illegal" 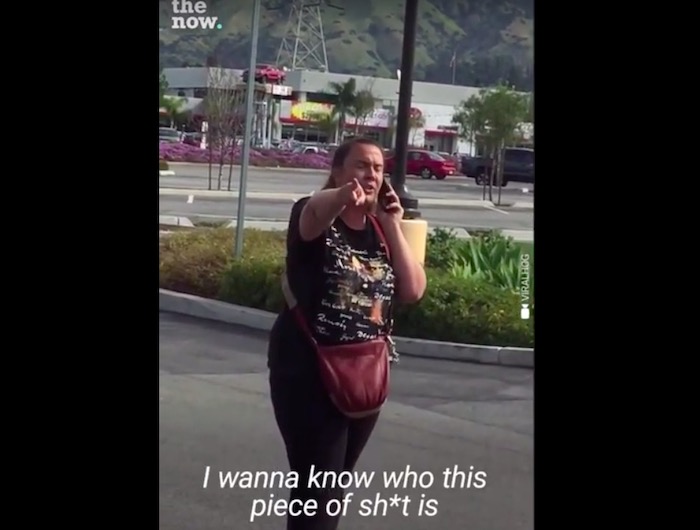 A Glendora, California woman is about to blow a gasket because she spots a man in the Walmart parking lot who "looks illegal." That's the reason she tells police that they have to come and arrest him. "There's a guy illegal here," she insists. "The other guy behind him might snap my neck." She babbles on, irate as hell, and even gets into a heated argument with another guy, in his car, who calls her a racist. The only thing askew is that it's a sunny day and she's not wearing her MAGA cap. Read the rest

Just another day in America / racism