New edition of the Jack Kirby Fourth World Omnibus is coming and it is 1,536 pages long! 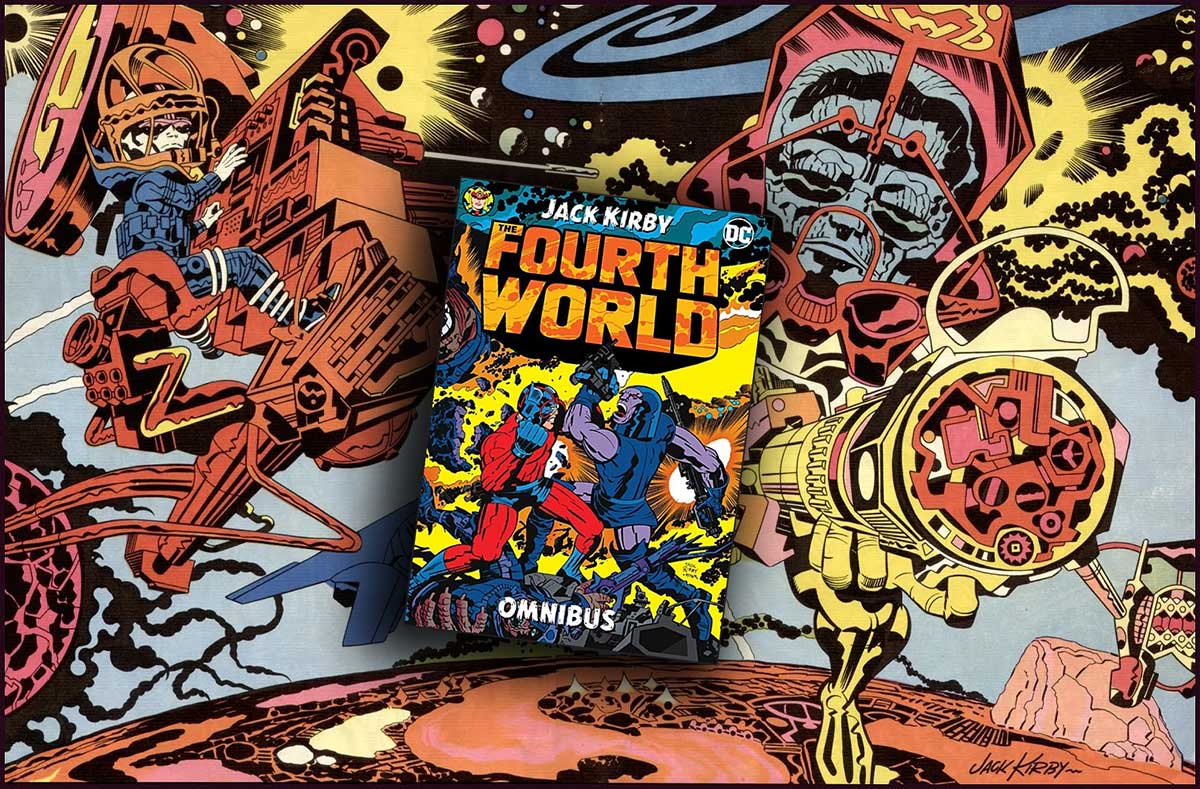 After being cheated for many years at Marvel (where he created and/or wrote and drew Captain America, The Incredible Hulk, Iron Man, Thor, The Fantastic Four, The Silver Surfer, the Black Panther, Dr. Doom, and many other iconic characters) Jack Kirby went to DC in the early 1970s with more creative control and some of the wildest ideas in the history of comics. This Jack Kirby Fourth World Omnibus, coming out in December, has the complete run of his Fourth World series: Superman’s Pal, Jimmy Olsen, The New Gods, The Forever People, Mister Miracle, and the graphic novel, The Hunger Dogs.

“KIRBY’S HERE!” shouted bold sunbursts on the cover of early Kirby issues. The Fourth World was to be his liberation — the place where he would at last get to do his own thing.

The results were startling. Kirby fans already knew that his art was muscular and kinetic, and in this collection, he’s at the height of his powers. His characters are always in motion, leaping and punching at impossible angles, straining at the panels that try to contain them. Kirby’s writing was the same way. His stories were linear — even primitive. But there is something powerful and melancholy and personal that weeps in Orion’s epic, city-smashing rages.

At other times, though, the pages cannot seem to keep up with Kirby’s astonishing imagination.