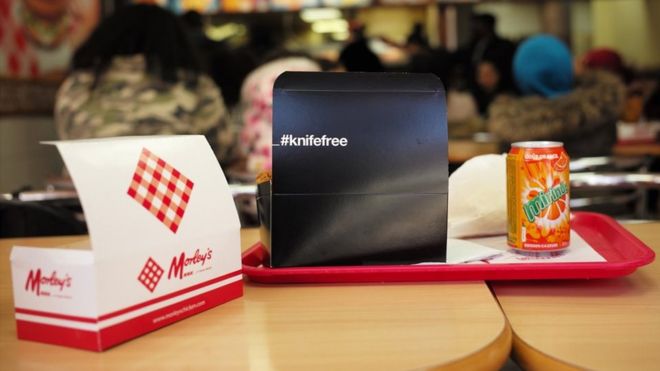 All-black but for the hashtag #knifefree, the official chicken boxes of Her Majesty's Government are presented as a warning about the dangers of knifecrime. The Home Office has suborned some takeout chains into using them. It's not going down well.

Policing Minister Kit Malthouse says they "will bring home to thousands of young people the tragic consequences of carrying a knife and challenge the idea that it makes you safer".

However, Ms Abbott tweeted: "Instead of investing in a public health approach to violent crime, the Home Office have opted for yet another crude, offensive and probably expensive campaign.

"They would do better to invest in our communities not demonise them." 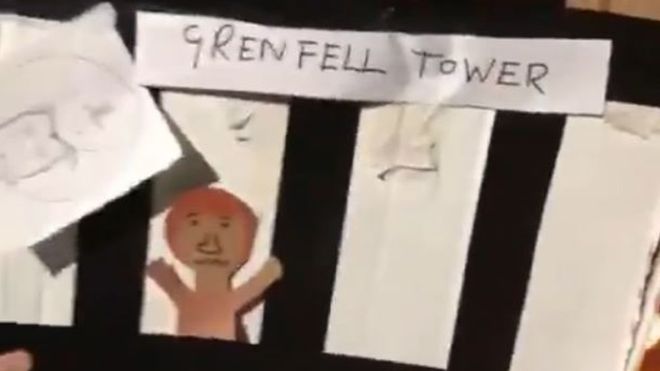 Those "public order" offenses seem an English shame culture thing. The law is vague, so sometimes (as in the case of leering racist sociopaths burning effigies in public) an example must be made when shame fails in the absense of guilt. Read the rest

Woman jailed after "dressing as boy" for sex and fraud

Autistic Gemma Barker, 19, dressed as a boy to seduce other girls, one as young as 15. She was charged with sexual assault and jailed for nearly three years. If only she'd been a teacher raping students—she'd have only gotten 16 months. Read the rest