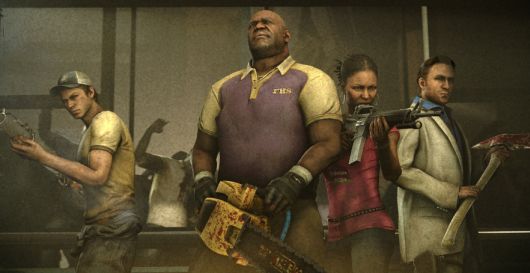 After a 7 year hiatus, perhaps the greatest horror video game series of all time may be picking up where it left off! Rumors have it that Valve has delayed work on Half-Life 3 to work on Left 4 Dead 3.

Left 4 Dead and Left 4 Dead 2 were wonderful zombie smashing, cooperative first person shooters. The game play was fantastic, the characters, levels, and script hilariously endearing. We all wept when Bill sacrificed himself for the team. I'm hopeful!

The last game in the series came out back in 2009, but it is believed that the latest title has been given a 2017 release date.

Reports also claim that the four characters have already been given names, with the sole female said to be known as Katherine.