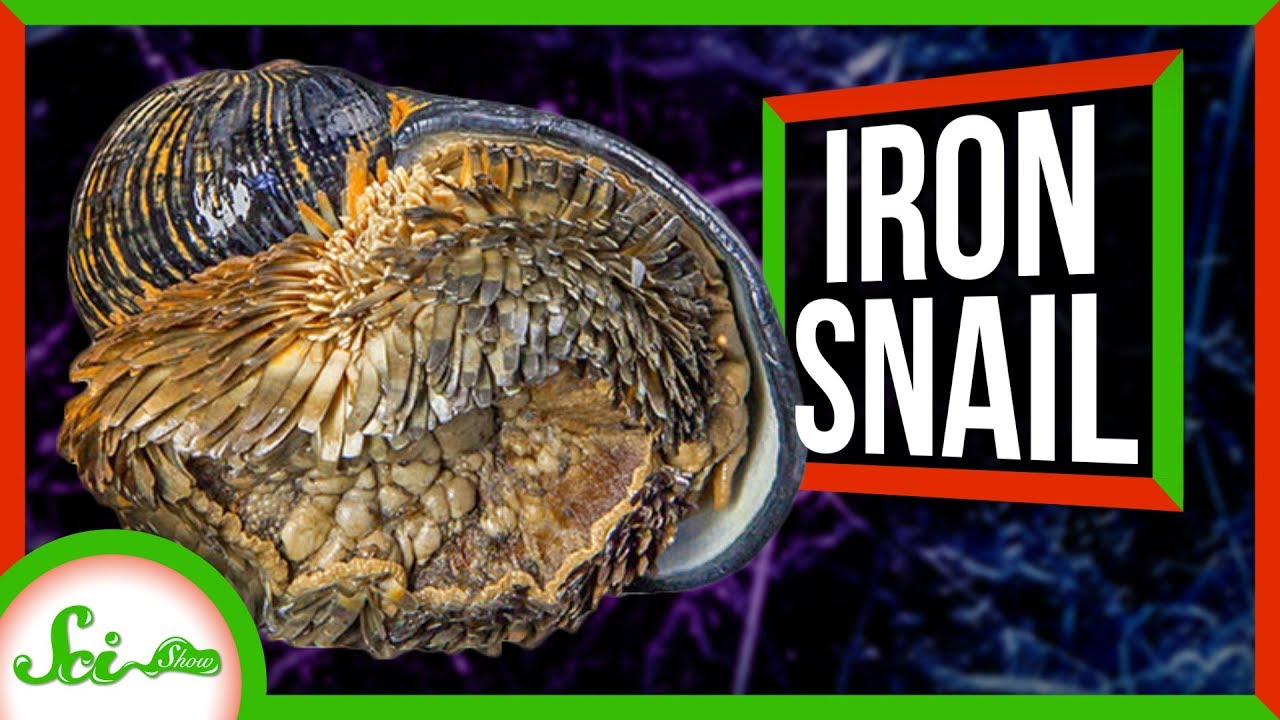 Deep in the depths of the hydrothermal volcanic vents of the Indian Ocean lives a type of scaly-footed snail that has learned how to protect itself from the elements with iron plated armor. As Wired described back in 2015:

These shells aren’t totally rigid like plate armor. They’re more like the Black Knight’s chain mail—pliable, yet strong (well, maybe the Black Knight's armor wasn't all that strong, what with all the dismemberment). This is because there are three layers to the shell: the top layer is that iron-plated material and the bottom is a calcified material, with a thick, squishy organic layer in between. The iron provides the strength, while the squishy bit allows the shell to absorb the shock of, say, an ill-mannered crab clamping down on it.

The scales on the foot serve a rather more righteous purpose. Some predatory snails hunt by firing harpoons into the flesh of fish and other snails and injecting a venom. It’s thought that the iron plating of the scaly-foot snail deflects that missile, like a knight’s armor deflecting a lance.

Now, according to The Mirror — so take that with a grain of un-armored slug-killing salt — a team at the Hong Kong University of Science and Technology has figured out how, exactly, this spineless snail has figured out how to incorporate iron deposits into its own body and survive in a fucking volcano:

"We found that one gene, named MTP (metal tolerance protein) 9, showed a 27-fold increase in the population with iron sulphide mineralization compared to the one without," said Dr Sun Jin. 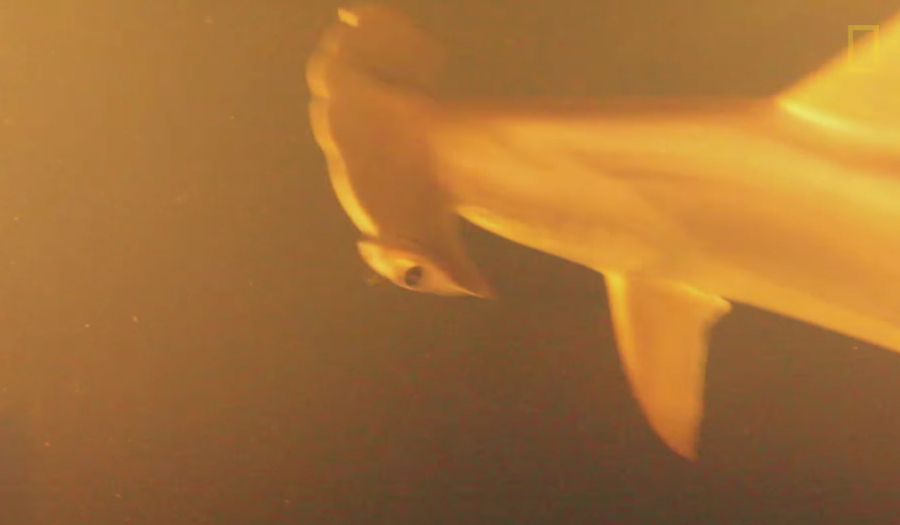 Sharkcano! National Geographic ocean engineer Brennan Phillips sent a camera into Kavachi, an active underwater volcano in the Solomon Islands. He was surprised to find species of sharks living in the volcanic plume. Read the rest