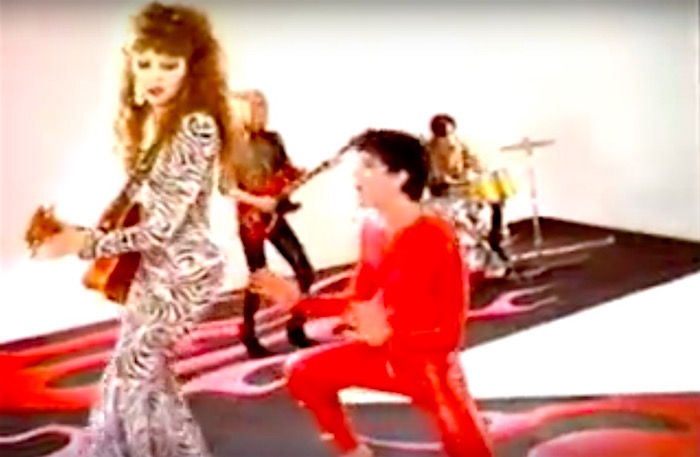 The Cramps got together in the same year I was born. I didn't discover them until I was 15 years old: the kindly middle-aged punk who ran a record shop in my hometown told me to check them out or he'd lay a whooping on me. I've never been so happy to have been afraid for my life: their love of trashy 1950's pulp culture, pinups and catchy surf guitar licks never fails to make me happy. Also, the band's guitarist, Poison Ivy, had some of the best damn hair in the history of music. I'll fight you on that.

The Cramps played, in one form or another, until the band's lead singer, Lux Interior, died of heart failure in 2009.

In 1979 the Cramps were guest D.J.’s on WPIX-FM in New York, spinning records by Wanda Jackson, the Electric Prunes, Herbie Duncan and other vintage rockabilly and garage acts. Lux Interior was asked by one of the station personalities about the music.

Taken aback by the question, he replied: “Rock ’n’ roll has absolutely nothing to do with music. It’s much more than music. Rock ’n’ roll is who you are. You can’t call the Cramps music. It’s noise, rockin’ noise.”

Naked Girl Falling Down the Stairs is from their self-produced album, Flamejob, released in 1994. It was the first record of theirs I bought. I had the chorus from the song stuck in my head for weeks. At school, in bed at night. Read the rest