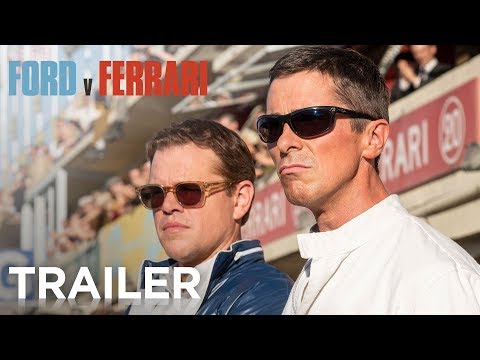 Ford developing a race car to defeat Ferrari at Le Mans is a wonderful story.

Whenever I wear my Gulf Oil/Le Mans racing jacket people stop me to talk about this Steve McQueen movie. I never get tired of it.

Matt Damon is missing the point, but I am glad it appears Matt Damon does not hurt other people.

Matt Damon thinks the men in Hollywood who aren't sexual predators should be talked about more.

The flood of sexual-misconduct allegations since The New York Times and The New Yorker published bombshell reports in October detailing those against the producer Harvey Weinstein have included some of the biggest names in entertainment, media, and politics.

But Damon says not all the men in Hollywood are despicable.

"We're in this watershed moment, and it's great, but I think one thing that's not being talked about is there are a whole s---load of guys — the preponderance of men I've worked with — who don't do this kind of thing and whose lives aren't going to be affected," Damon told Business Insider while promoting his new movie, "Downsizing," opening in theaters Friday.

"If I have to sign a sexual-harassment thing, I don't care, I'll sign it," he said. "I would have signed it before. I don't do that, and most of the people I know don't do that."

Elysium: everything that sucks about movies these days

Colin Berry finds much to hate in the vaunted Blomkamp blockbuster.