Watch: Lauer to co-host Vieira while cameras were rolling: "Keep bending over like that. It's a nice view." 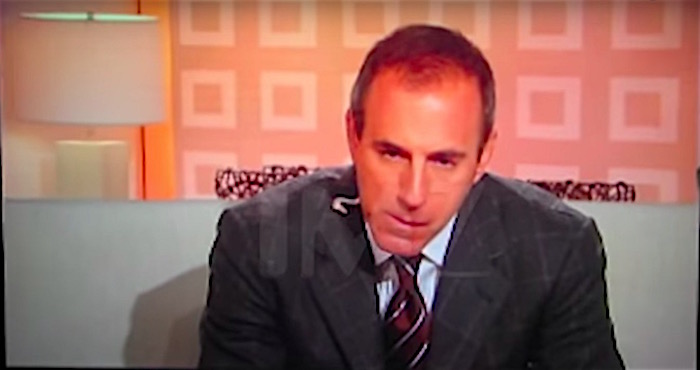 Even while the cameras were rolling, brazen Matt Lauer told his co-host Meredith Vieira to "keep bending over like that. It's a nice view." Nauseating. Read the rest 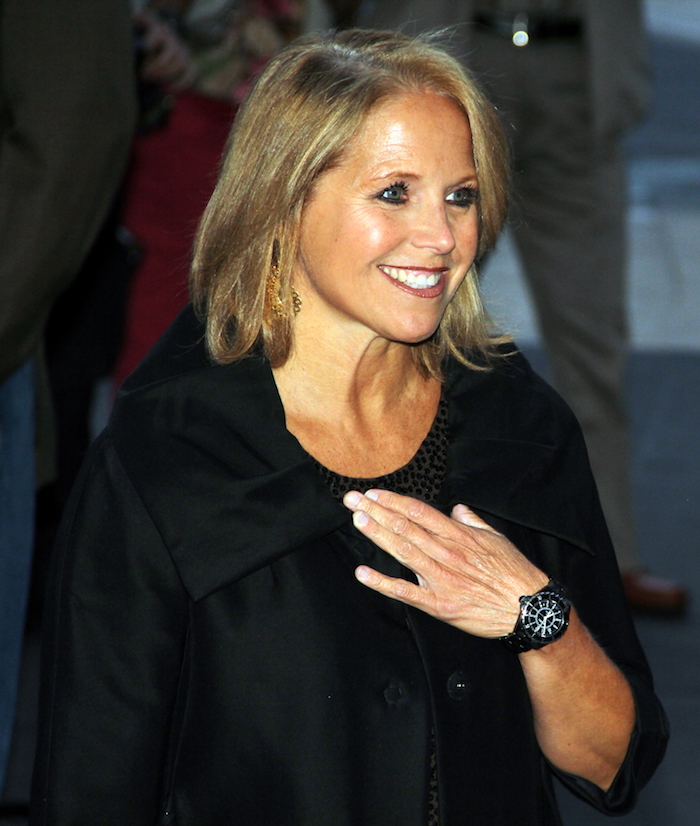 News came out this morning that NBC has fired Matt Lauer over "inappropriate sexual behavior." NBC News chairman Andrew Lack says, "While it is the first complaint about his behavior in the over twenty years he’s been at NBC News, we were also presented with reason to believe this may not have been an isolated incident.”

You can bet it's not an isolated event. Here is a video from 2012 that shows Katie Couric telling Andy Cohen that Lauer's most annoying habit is that he "pinches me on the ass a lot."

Co-host Savannah Guthrie announced the firing on-air, flanked by Hoda Kotb. A statement, attributed to NBC News chairman Andrew Lack, described a "a detailed complaint" that "represented, after serious review, a clear violation of our company’s standards. As a result, we’ve decided to terminate his employment."

"While it is the first complaint about his behavior in the over twenty years he’s been at NBC News," Lack continued, "we were also presented with reason to believe this may not have been an isolated incident.”

A New York Times exposé of The Today Show presenter is also expected imminently; questions related to it may have informed the decision to fire Lauer without delay.

"We just learned this moment ago, this morning," said Guthrie. "As I'm sure you can imagine, we are devastated. ... We do not know more than what we shared with you. ... I'm heartbroken for Matt. He is my dear, dear friend and my partner and he is loved by many people here. And I'm heartbroken for my brave colleague who came forward to tell her story."