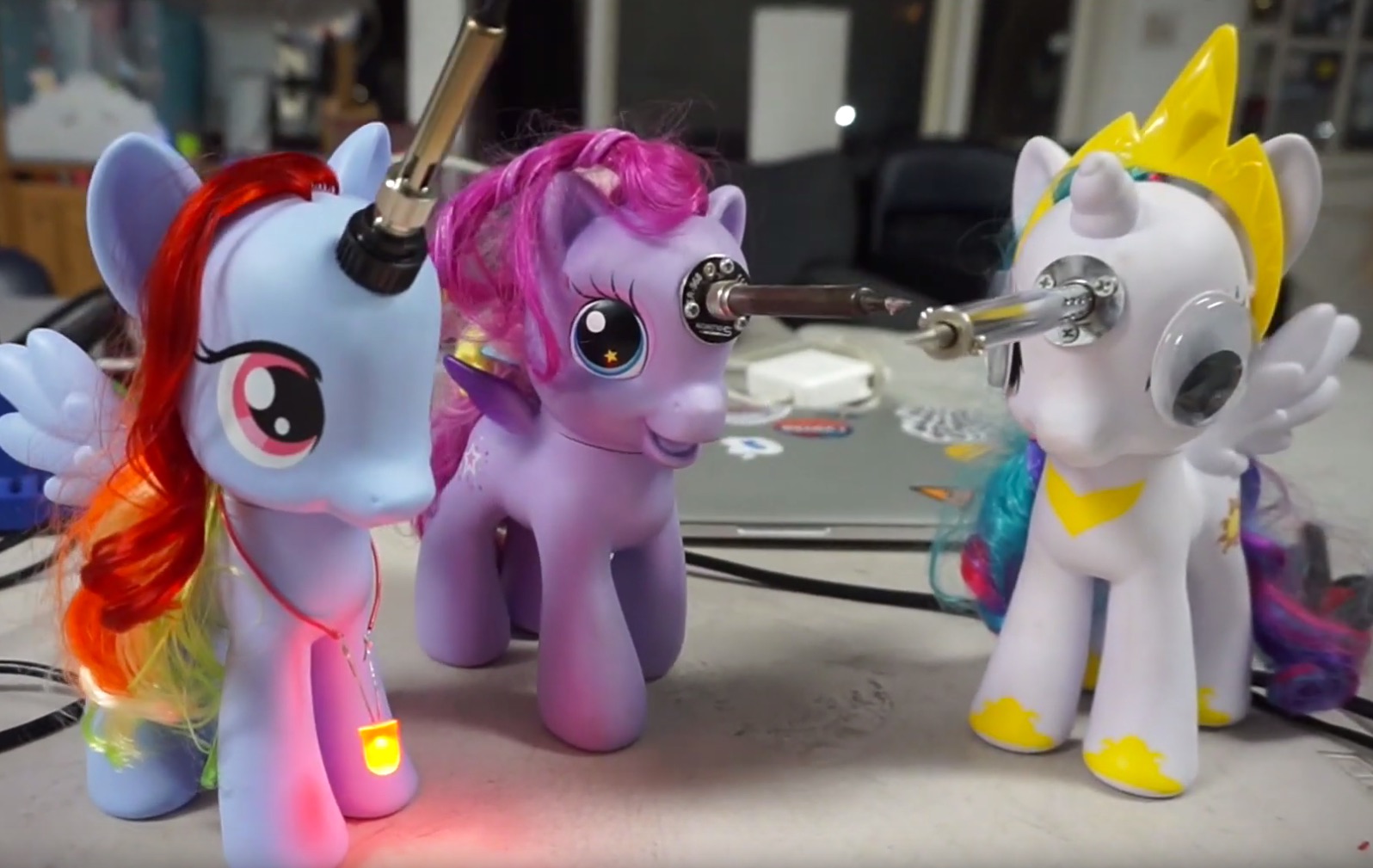 Barb Noren, of the highly-recommended YouTube maker channel, Barb Makes Things, has a fun and easy new project video. In it, she turns a Rainbow Dash My Little Pony toy into Rainbow Flux, the soldering unicorn. Read the rest

It's not just ponies for some fans.

SPACELAB9 and Hasbro Studios are releasing two picture disc vinyl editions of "My Little Pony: Friendship Is Magic," availably only from Hot Topic. Read the rest

My Little Pony: Friendship is Manly

My Little Ponies humanized for movie

"Why?" The New York Times investigates:

“We are responding to the desire by our fans to experience the brand in more ways,” said John A. Frascotti, Hasbro’s chief marketing officer. “They imagined themselves as which pony they would be or which pony they identified with the most.” So Hasbro created Equestria Girls, a parallel world in which the My Little Pony characters were reconceived as teenage girls in high school.

Seriously, it's happening every day now, people coming up to us and saying "I want to experience your brand in more ways. Could you lose the hooves and snouts?" Read the rest

In case you weren't already excited about Star Trek Into Darkness, maybe the Pony-fied trailer will finally sway you.

I'm a little late back to the party, but here's even more coverage of the now-infamous NYT My Little Pony Correction. [Romenesko] Previously. Read the rest

Gathering of the Bronies

At The Awl, Kase Wickman covers the first major Brony convention, an "explosion of wild color ... the glitter, the rainbows, the homemade pony-mane hooded sweatshirts, all of it bright and sparkly enough to send any pop culture-aware preteen princess into spasms of jealousy." Read the rest