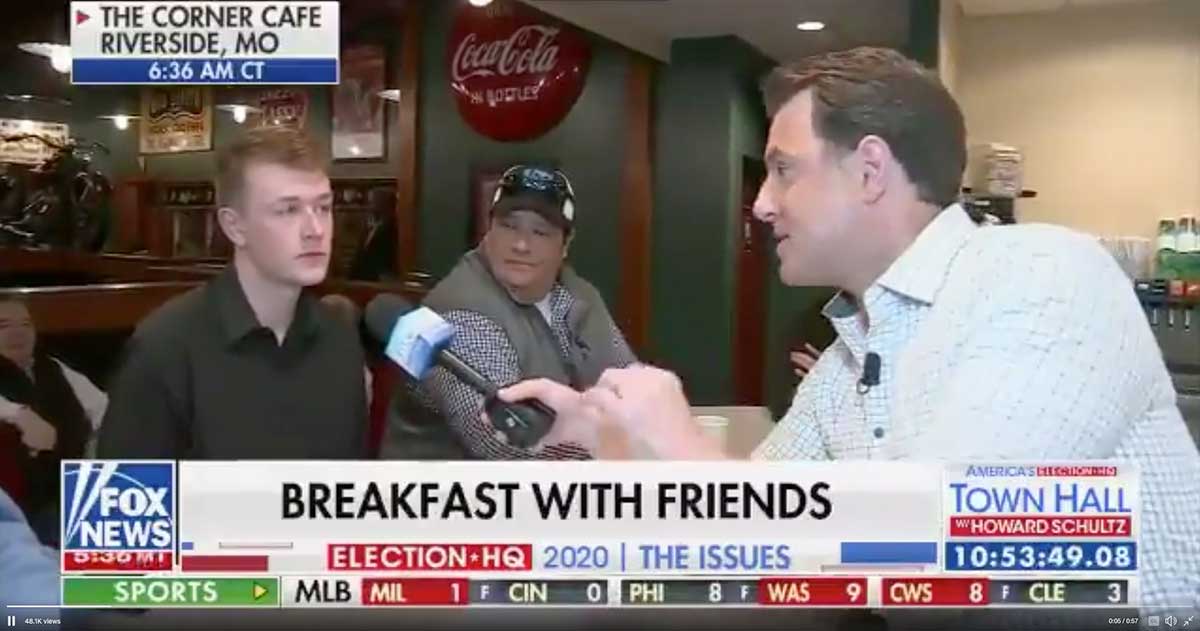 A reporter for Fox & Friends went to a diner in Missouri to ask patrons about the New Green Deal. He found a guy in favor of the New Green Deal who presented his ideas so well that the only thing the reporter could do was respond nonsensically with "but how are we gonna pay for it" over and over again.