Most users of online worlds do sex stuff 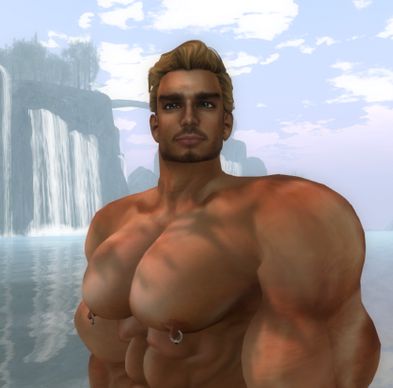 My generation of girls grew up sneaking around online, pretending to be older, pretending to be supernatural, in order to meet strangers -- more important than the fleeting strangers, though, our Buddy List of names, was finding ourselves.

These days, 59 percent of people who visit worlds like Second Life have engaged in sexual activity there. 11 percent of users have either paid for or sold sex in their online world, and only 22 percent have never gotten rude with other avatars before. I mean, that's what they said.

Two thirds of participants in a new, massive study of online games and virtual worlds have dated someone within a virtual world, while a quarter have gone on to form real-life dating relationships with their online partners. About the same amount visit virtual worlds together as a couples activity.

A massive study conducted in 2012 suggests that it's mostly people my age and older who still play in "the Metaverse," regularly visiting open, lawless virtual environments like Second Life. Gen Y-ers dominate the multiplayer game demographic -- which, with all its rules and goals and leveling, is generally considered distinct from "virtual worlds," according to the study, which was led by Georgia Tech/Northeastern's Celia Pearce and her colleagues. Pearce says this study is the first of its kind in scale and depth.

There's a big infographic of neat findings you can view here; the whole study is available to peruse here.

The featured image for this post on Offworld comes from Animations Rising, which sells custom looks and animations for Second Life avatars. Read the rest

A new system for studying the effects of climate change

I've talked here before about how difficult it is to attribute any individual climactic catastrophe to climate change, particularly in the short term. Patterns and trends can be said to link to a rise in global temperature, which is linked to a rise in greenhouse gas concentrations in the atmosphere. But a heatwave, or a tornado, or a flood? How can you say which would have happened without a rising global temperature, and which wouldn't?

Some German researchers are trying to make that process a little easier, using a computer model and a whole lot of probability power. They published a paper about this method recently, using their system to estimate an 80% likelihood that the 2010 Russian heatwave was the result of climate change. Wired's Brandon Keim explains how the system works:

The new method, described by Rahmstorf and Potsdam geophysicist Dim Coumou in an Oct. 25 Proceedings of the National Academy of Sciences study, relies on a computational approach called Monte Carlo modeling. Named for that city’s famous casinos, it’s a tool for investigating tricky, probabilistic processes involving both defined and random influences: Make a model, run it enough times, and trends emerge.

“If you roll dice only once, it doesn’t tell you anything about probabilities,” said Rahmstorf. “Roll them 100,000 times, and afterwards I can say, on average, how many times I’ll roll a six.”

Rahmstorf and Comou’s “dice” were a simulation made from a century of average July temperatures in Moscow. These provided a baseline temperature trend.

Epigenetics: Maybe not that big of a deal, after all, says study

A new paper is arguing that epigenetic variation—basically, what happens when an environmental trigger turns genes on and off, or makes them express differently—may not survive over many generations and, thus, would not have much of an impact on evolution in general. Expect a lot of dissent. This will be an interesting debate and I'm looking forward to seeing how the evidence shakes out over a few more papers. Read the rest

A couple of years ago, I told you about Foldit, a computer game that harnesses the power of human putzing to help scientists unravel the mysteries of protein structure. There's a new research paper out that uses results from Foldit as a basis for a new proposed structure of a key protein in a virus that is a relative of HIV.

As important as proteins are, we know relatively little about how and why these complex chains of amino acids fold and twist the way they do and how that structure relates to function. Foldit takes advantage of the fact that, given the right rules, people can come up with possible, plausible protein structures far faster than a computer program can factor out all the possible permutations. And that's why Foldit players—citizen scientists of a sort—were so useful in this case. Ed Yong at Not Exactly Rocket Science explains:

They discovered the structure of a protein belonging to the Mason-Pfizer monkey virus (M-PMV), a close relative of HIV that causes AIDS in monkeys. These viruses create many of their proteins in one big block. They need to be cut apart, and the viruses use a scissor enzyme –a protease – to do that. Many scientists are trying to find drugs that disable the proteases. If they don’t work, the virus is hobbled – it’s like a mechanic that cannot remove any of her tools from their box.

To disable M-PMV’s protease, we need to know exactly what it looks like.

Really interesting new study of 20,000 women suggests that the use of IUDs might reduce the risk of both major types of cervical cancer, even in women who contracted cancer-causing HPV. The researchers speculate that the IUD's presence—it is, after all, a foreign object in your lady bits—may serve to stimulate immune responses that fight off HPV infection early and prevent it from progressing to cancer. This needs follow up. But it's intriguing. (Via Colleen McCaffery) Read the rest

What Fukushima can teach us about coal pollution

Earlier this week, I told you about a new study tracking radioactive fallout from the nuclear power plant disaster in Fukushima, Japan.

Using that data, the researchers were able to figure out where the radioactive sulfur came from and back-calculate how much would have been produced at the site of the disaster—information that can tell us something about how dangerous the disaster really was to people living nearby.

But these researchers weren't the first to collect radioactive isotopes from Fukushima on American shores. And they weren't the first to offer up improved estimations of how much radiation leaked from the damaged power plant in the early days of the disaster. I thought this study was interesting. But, like a lot of you, I was left wondering why it was important.

One traditional way to kill a lot of bison: Run them off the edge of a cliff. Now, anthropologists are studying the landing patterns of buffalo at a Montana kill site by recreating the hunt ... with the help of some old truck tires. (Via Alex Witze) Read the rest