French food artist/animator Alexandre Dubosc has done it again. He's created another incredibly impressive zoetrope, this time with a cat theme (previously). It's called "Gâteau Gato" ("cat cake") and it is really quite a delight to watch. I'm not sure which I like better, the curling cookie tongues or the little white mice scurrying away. Fortunately, I don't have to decide.

Dubosc doesn't say how long the cake took to bake, assemble, and film on its "making of" page, but given how detailed the piece is, I'd say many, many hours. Read the rest 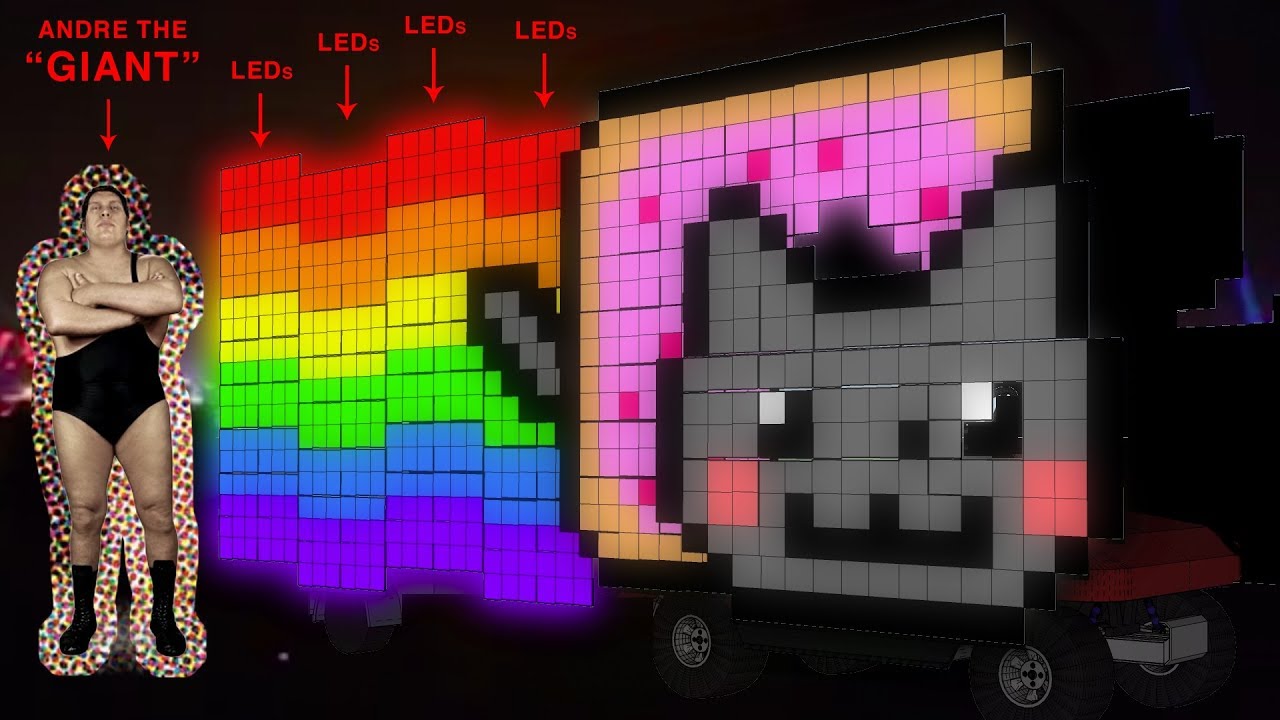 Ok, this year's Burning Man is going to be great. First of all, there's going to be that 40-foot tall pink flamingo. Now I'm hearing that a 20-foot long, LED-lit mutant vehicle --based on Chris Torres' popular 2011 meme Nyan Cat-- will be roving around the desert. It's a project of the Astro Cats camp who plan to serve up "toaster pastries" (I guess they can't say "Pop-Tarts") and pump out "Nyan-Cat inspired dance music" as they drive the giant space-cat around the event.

The name of the vehicle? Nyan Car, of course.

The Astro Cats are currently crowdfunding Nyan Car on GoFundMe. One of the pledge rewards is for a "special 'toaster pastry'" that can only be redeemed on-playa.

Even if you're not a Burner, give their pitch video a watch, it's pretty spectacular. Read the rest

Media companies have dirty hands when it comes to copyright infringement? Timothy B. Lee at Ars:

Warner Brothers is facing a federal lawsuit for using two feline-themed Internet memes in a video game without their creators' permission. The authors of "Keyboard Cat" and "Nyan Cat" have sued the media giant arguing that the game Scribblenauts, published by WB Games, infringes their copyrights and trademarks. The game's developer, 5th Cell, is also named in the lawsuit.

Lonesome George: musical homage to last of a Galapagos tortoise species, from "2012:Mashed"