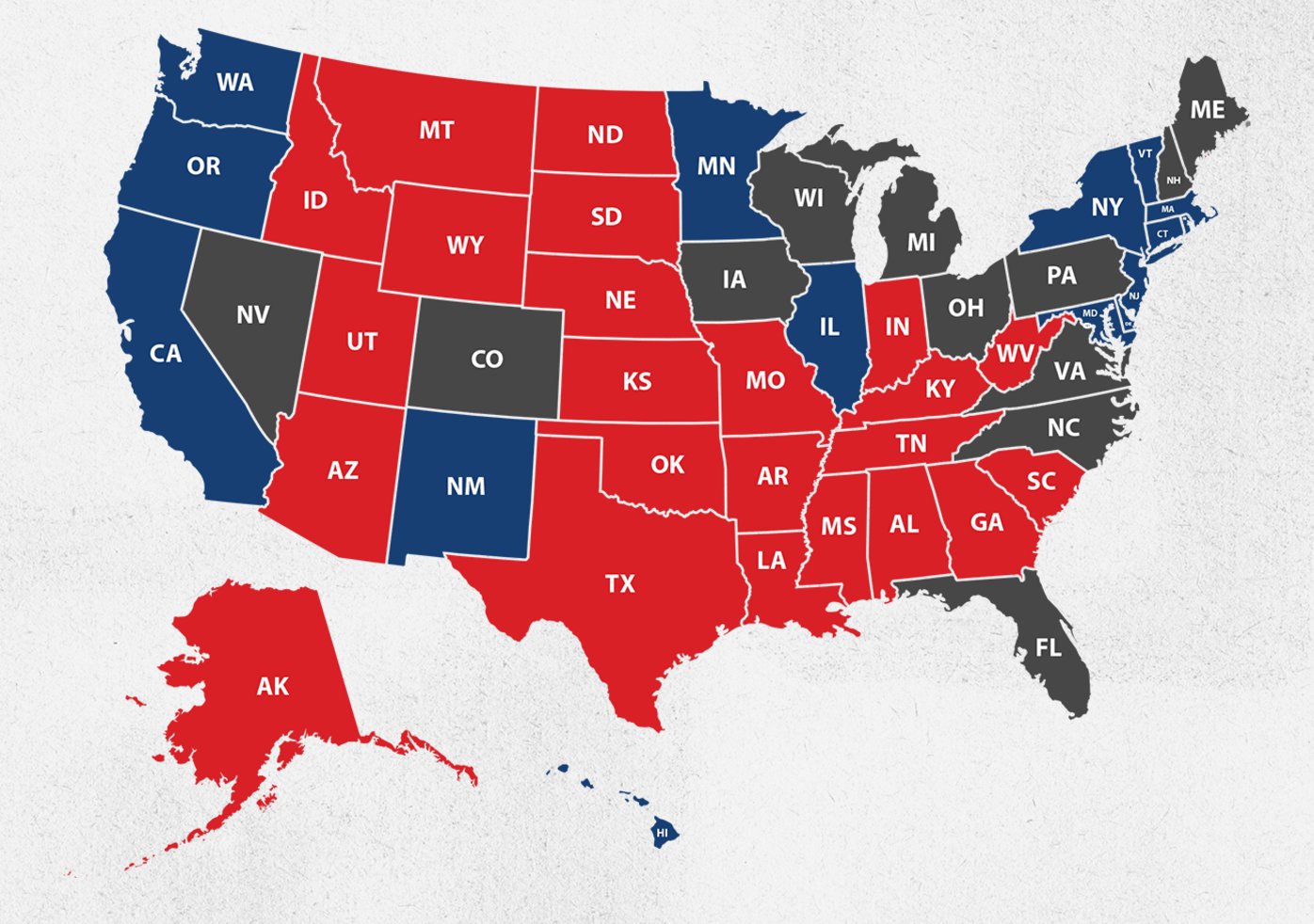 (Tepid take: this is what he'll actually win on the day, losing all the grayed-out states but holding on to Arizona.) Read the rest