This virtuoso panpipes player has no hands

Matthias Schlubeck is considered one of the world's greatest players of the pan pipes (aka pan flute.). Zamfir's got nothing on Schlubek who was born without hands. From Dust to Digital's Instagram:

Born in Germany in 1973 without fully-developed arms, he began studying music when he was six years old. At the Musikhochschule Köln in the 1990s, Matthiäs focused on panpipes and developed his style of moving his head to get different notes. 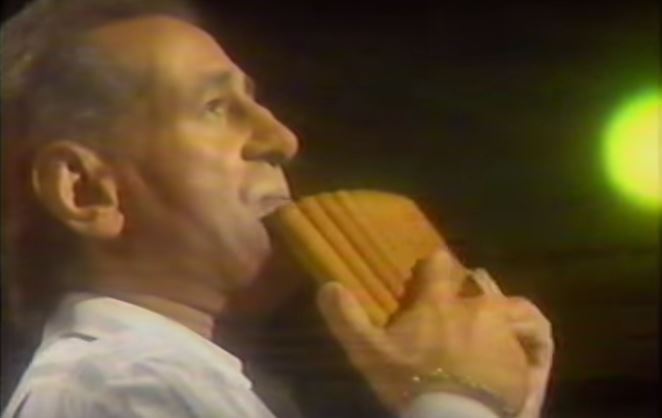 Behold the hauntingly beautiful strains of Gheorghe Zamfir, master of the panflute, viral once again in 2018 due to the retro 90s' charms of his cable TV ads. It strikes me that Zamfir's extraordinarily formulaic magnificence, which is not sold in stores, is something that machine learning might mimic convincingly. Then we could have every song made and all possible songs yet to be made performed for us by Zamfir; an infinity of Zamfir spread from man's darkest hour to the brightest vaults of heaven.

Zamfir is often sampled by contemporary musicians. Here's "Graze" by Animal Collective, which gets lit about 3 minutes in.