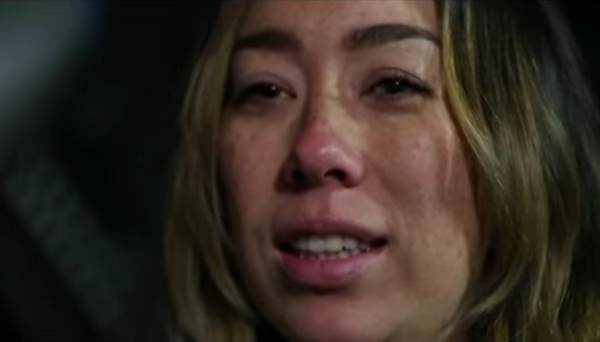 [Peter Savodnik, a filmmaker and founder of Stateless Media, made a short film about Catherine Abegg, a woman who lives in a van with her husband and newborn child. Catherine is a celebrated LGBT wedding photographer.]

How did you meet Michael? Michael & I met and immediately fell in love about seven years ago, at a bar, and he met the criterium on this little list that I had written of what I was looking for in a partner. On that serendipitous list, I had stated that I needed a man with a VW van; which sounds absurd, but I always thought families with vans always looked like they were having so much fun. I also knew that if someone owns a van, they tend to be adventurous, and either be handy, have a semi-disposable income, or maybe even both... and all of that sounded just fine to me.

How did you know he was your soul mate? That first night we met, we talked all night and all the way until the sun rose; and we've just never stopped talking. We fell in love within days, but it wasn't until he met Madeline a few weeks later that everything really fell into place.

Why did you guys choose to live in a van? We have spent many days & many miles together in a collection of different vans throughout the years; most notably in our prized 1990 Vanagon Syncro, named Priscilla. When Mads started to reach an age that her future outside of our home was becoming an impending reality, Michael & I decided that it made most sense to move into our van once she graduated high school so that we could travel full time. Read the rest