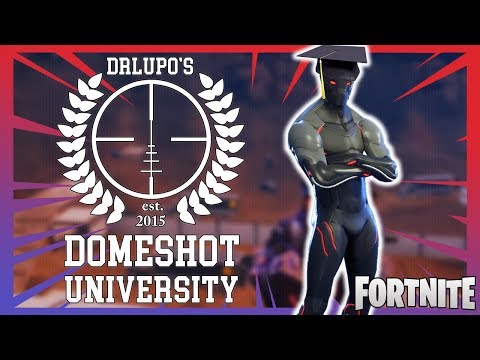 Fortnite, the ridiculously fun battle royal game, will hit the esports scene with an incredibly INSANE prize pool. The game's creator, Epic Games, has pledged $100,000,000 in 2018-2019 tournament bounties. In what currency, I am not sure.

I pay my daughter's allowance in "v-bucks" so she can buy cool skins and funny dances in the game. She has never been so eager to get her chores done. Fortnite helps keep the litter boxes clean around here.

The video above is one of Twitch streamer Dr. Lupo's fantastic guides, Domeshot University, where he explains how a competitive gamer thinks. Read the rest