Sarah Palin complains about being pranked by Sacha Baron Cohen 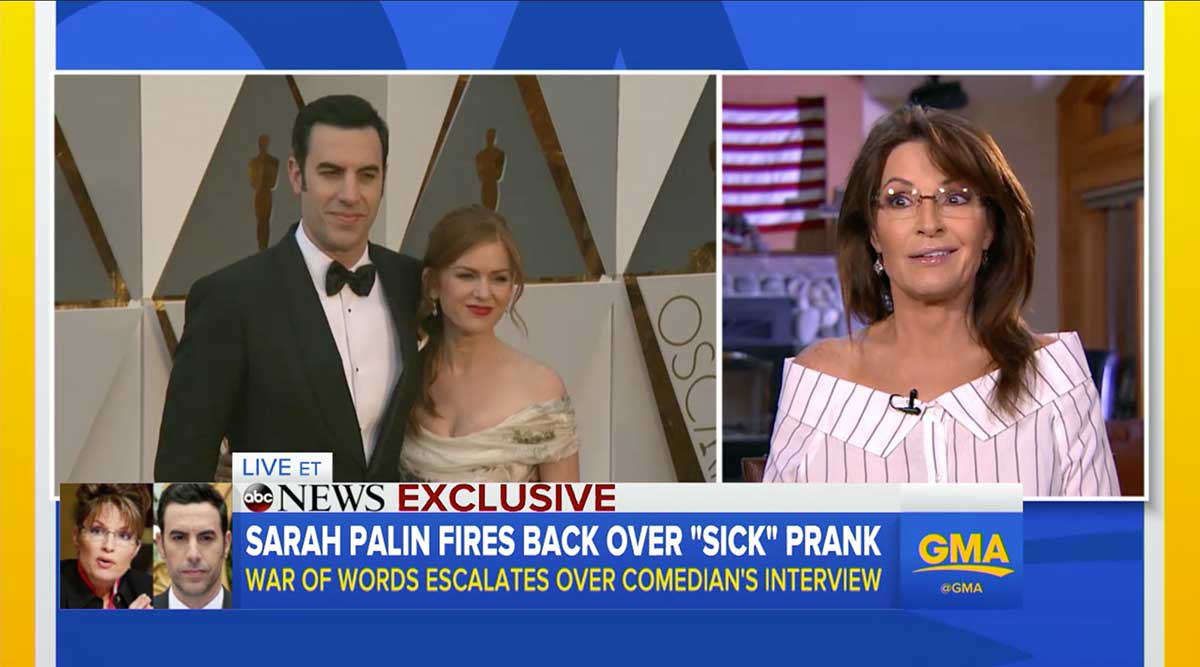 Sarah Palin is doing a great job promoting Sacha Baron Cohen's Showtime series, Who is America?, by going on TV and complaining that she had been tricked and embarrassed by Cohen when he interviewed her under false pretenses. Gee, who wants that?

Interestingly, the is one of the first times that Palin didn't speak in the kind of nonsensical word salad she is famous for. She is articulate and directly answers the pandering softball questions that the Good Morning America host gently tosses her.

And here's former GOP Illinois congressman / radio host Joe Walsh making similar complaints about being tricked into supporting the proposal to give guns to preschoolers:

political humor / Who is America? 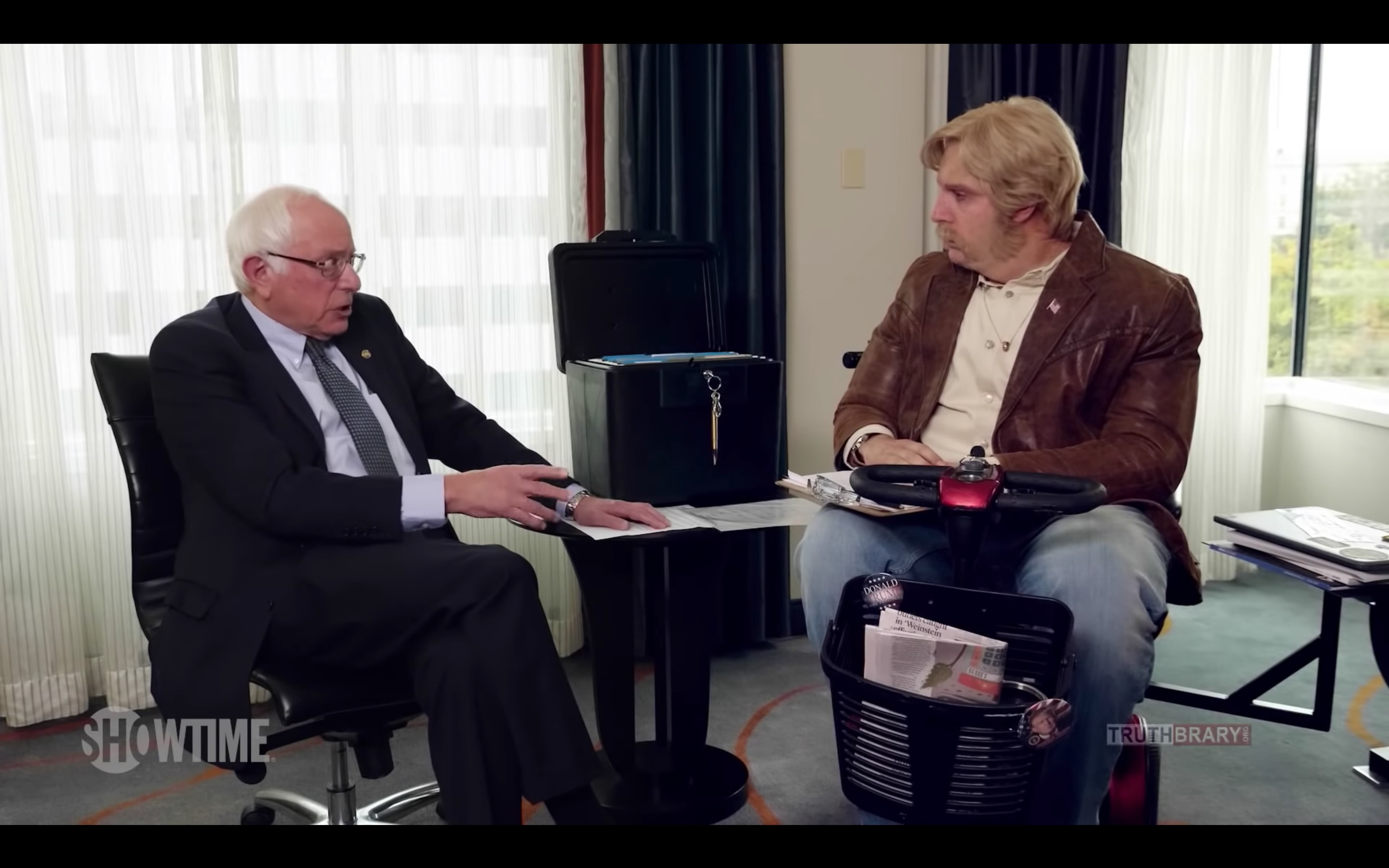 You've probably seen the video clip from Who Is America? in which comedian provocateur Sacha Baron Cohen easily convinces right wing politicians and lobbyists to express their support for giving guns to four-year-olds. Here's another clip with Cohen's character trying to explain a mathematically unsound proposal to Bernie Sanders, who patiently explains why the proposal move the 99% into the 1% won't work. Read the rest