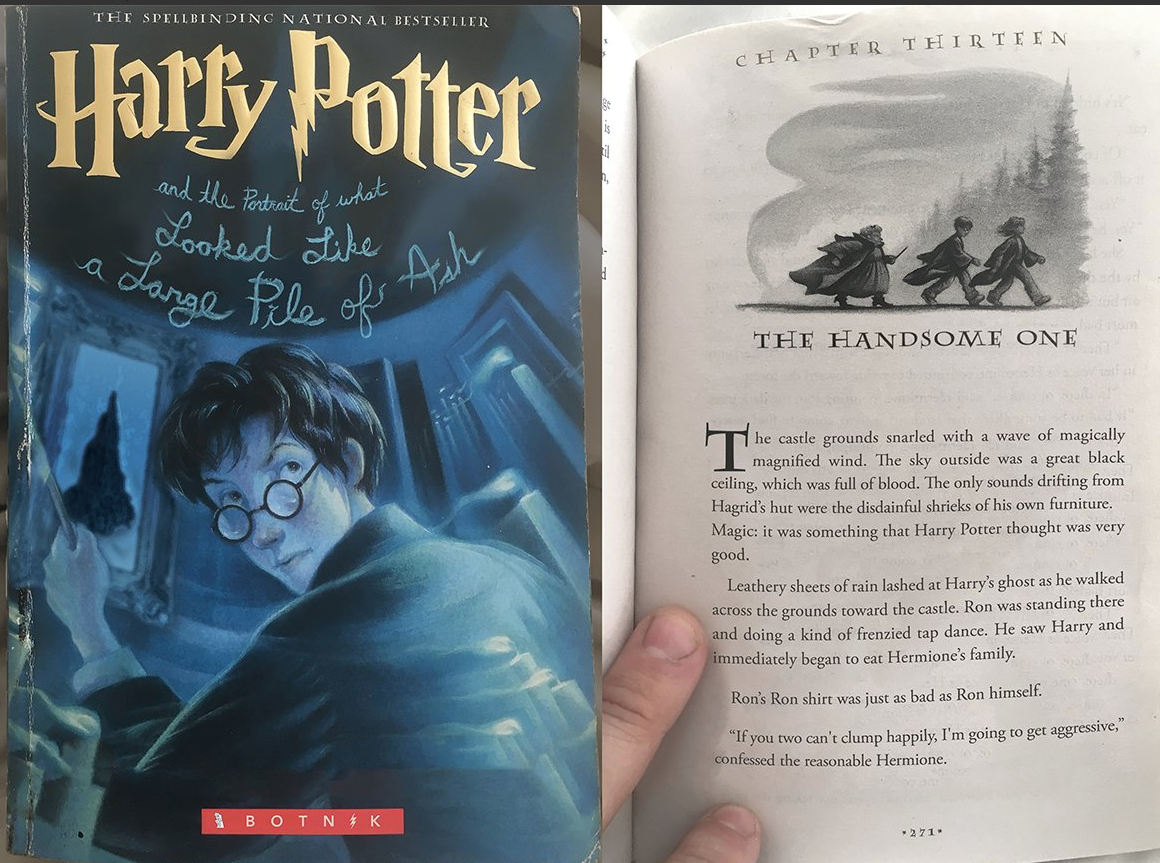 The Harry Potter series has an unusual new chapter and J.K. Rowling didn't write it, machines did.

Botnik Studios, a "human-machine creative collective" which describes itself as "a community of writers, artists and developers collaborating with machines to create strange new things," created a predictive keyboard that later penned the unauthorized chapter. By "training" the keyboard on all seven Harry Potter titles, machines were able to write this humorous new work.

Harry Potter and the Portrait of what Looked Like a Large Pile of Ash is the fabricated book's title and the faux chapter is called, "The Handsome One."

Here's a few quotes from its ghostwritten pages:

"Magic: it was something that Harry Potter thought was very good."

"Ron's shirt was just as bad as Ron himself."

"The pig of Hufflepuff pulsed like a large bullfrog. Dumbledore smiled at it, and placed his hand on its head: 'You are Hagrid now.'"

Read the entire chapter here. Be sure to take a look at Botnick's other work, like this predictive text Thanksgiving dinner video.

("BEEF WOMEN" will now be my new password.) Read the rest